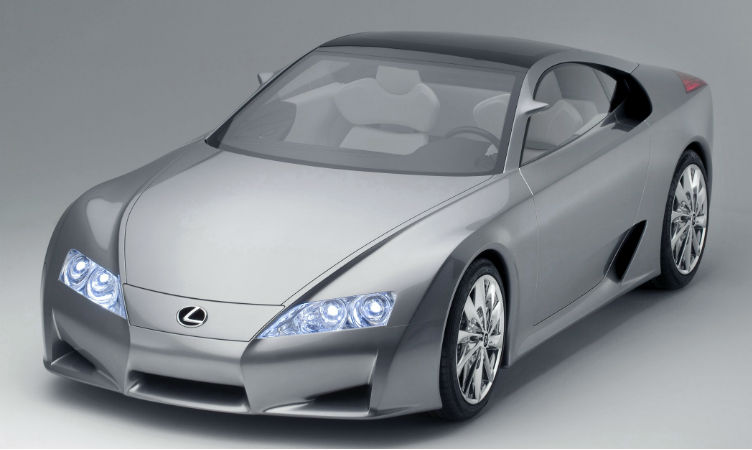 The 2005 Lexus LF-A concept was the public’s first viewing of an ultra-high performance car that in production form five years later would redefine people’s perceptions of Lexus as a brand. 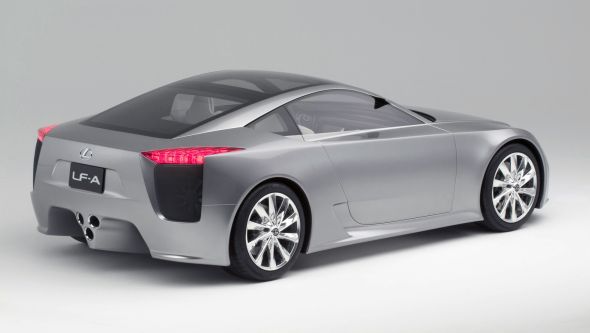 It incorporated many of the development team’s earliest ideas, such as highly visible twin rear radiators, glass roof, rear-view cameras, all-alloy body and inverted triangle exhaust formation. But at this point in the programme the LF-A was purely a design study aimed at gauging reaction to an outrageously exotic but luxurious halo model for Lexus.

Needless to say, the public’s reaction was so encouraging that the LF-A returned to Japan and returned to the show scene in 2007 in a form that was clearly much closer to being a production reality. It now featured a carbon fibre tub instead of the original aluminium frame and the engine was announced as being a V10 of around 5.0-litre displacement.

Read more: The untold history of the Lexus LFA

Learn more: How to clean a supercar 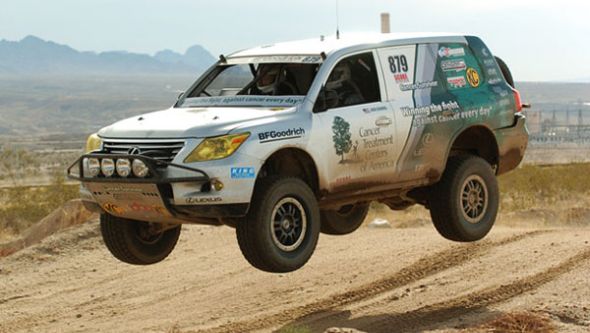 This week’s #ThrowbackThursday remembers the first time that Lexus won a professional off-road race. In fact, the victory in the 41st annual Baja 500 in 2009 was a remarkable first for driver, team, vehicle and manufacturer.

Built to Stock Full class and completed just a few days before the race, the US-specification Lexus LX 570 was tested only briefly in Arizona by the JTGrey team before being shipped to Ensenada for the race. But the big SUV responded well: “The LX 570 was bulletproof and we went the entire distance without a tyre change,” recalled driver Joe Bacal.

The dusty, rocky and alternately fast-slow Baja 500 course took its toll on many competitors. It did manage to take a small bite out of the LX when an anti-roll bar link failed, but Bacal simply adjusted his driving to accommodate the change in handling and soldiered on.

Bacal drove all 16 hours of the race without leaving the vehicle and with only brief stops for fuel and nourishment along the way. This heavy reliance on the car’s durability was a successful tactic, because by the halfway point the big Lexus led the class and was unchallenged to the end.

Learn more: How Lexus is helping to ‘glue’ cars to the road

The Lexus HS 250h may not be available in the UK but the model was notable for generating a number of firsts for the Lexus brand.

Revealed at the North American International Auto Show in January 2009, the HS 250h was the world’s first dedicated luxury hybrid vehicle, it was the first to use carbon-neutral ecological plastics within its interior, and was the first Lexus equipped with a four-cylinder petrol engine. Until the arrival of CT 200h a year or so later, HS 250h was over 30 per cent more fuel-efficient than any other model in the Lexus line-up.

Sized between the IS and ES models, HS 250h became the entry point into Lexus ownership. Though it was unusual at the time to market a full hybrid vehicle as the most affordable in terms of outright cost, Lexus knew it was the right decision. Research had shown that more than 60 per cent of car-buyers in this price bracket would have considered a hybrid if any were available. The HS 250h therefore provided consumers with a viable purchase option.

So successful was this tactic that CT 200h was also released as a dedicated luxury hybrid vehicle, becoming the new entry point into Lexus ownership in the majority of world markets.

In line with our current focus on sound, we thought we would remind ourselves of the leap in audio performance delivered by Mark Levinson’s new Reference Audio System introduced in the 2006 Lexus LS 460.

Critically acclaimed as a benchmark for in-car sound quality, the new Reference Audio System was the result of years of dedicated research and development, matching the sound reproduction of a professional music studio monitoring desk.

Every component of the 450W system was tailored to suit the dimensions and acoustic environment of the LS’s interior, while all-digital signal paths were routed to every one of the 19 speakers to virtually eliminate distortion and time lag. And no matter where you sat in the car, 7.1-channel architecture ensured you received the same all-encompassing sound experience as other passengers. 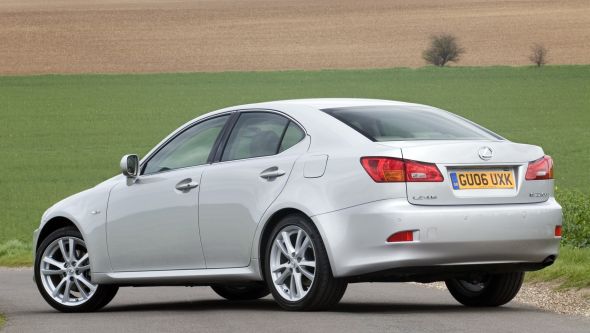 Building on the successful launch of the first-ever diesel-powered Lexus, the IS 220d was further enhanced with the introduction of a new Sport model in 2006.

The Sport model used the same 175bhp common rail direct injection unit as the regular IS 220d — the cleanest and most powerful in its displacement class — but delivered a more rewarding driving experience by altering the differential gear ratio in the rear axle. This change better exploited the all-alloy engine’s flexible performance and class-leading 295 lb/ft torque figure

In addition to the fitment of 18″ alloy wheels and uprated suspension, the car’s sporting character was underlined with the adoption of a new Vehicle Dynamics Integrated Management (VDIM) system. This industry-leading technology constantly monitored a wide range of vehicle performance factors, using it to optimise the activation of safety systems. Working proactively rather than reactively, the intervention of VDIM was less obtrusive than other setups.