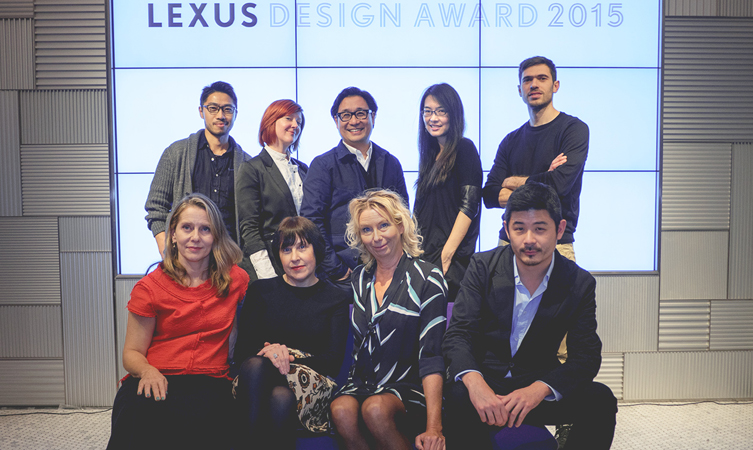 The Third Lexus Design Award submissions, from designers in 72 different countries, are now being scrutinised by the judges and award mentors at Lexus’s Intersect brand experience centre in Tokyo.

The international competition, first held in 2013, aims to foster young creative talent using design to solve problems. The award has attracted worldwide attention for its unique mentoring programme in which globally renowned designers help the entrants produce working prototypes of their innovative concepts.

Each year the award has a central theme to encourage broad thinking. For 2015 the theme is Senses, qualities intrinsic to human life and our perception of the world around us. Entrants were invited to explore the five senses in pioneering ways. Judging criteria include the depth of understanding and interpretation of the theme and originality and perception in the design concept.

The theme is particularly relevant to Lexus, as the whole driving experience is about senses, from the visual impact of the styling, to the sound of the finely tuned engine and the feel of the luxurious seats.

Twelve finalists will be selected from the entries. These will be announced in January and their work will be presented by Lexus at Milan Design Week in the spring.

In addition, four of the finalists – twice as many as before – will be supported by international design mentors to produce physical prototypes. This year’s award mentors are the architect and engineer Arthur Huang; games designer Robin Hunicke; multidisciplinary designers Neri & Hu; and British furniture designer Max Lamb.

The creators of the four prototypes will present their designs at the Lexus booth at Milan Design Week, with one selected as the ultimate grand prix winner. The judging panel will include curators Paola Antonelli and Aric Chen, architect Toyo Ito, designboom Chief Editor Birgit Lohmann, design commentator Alice Rawsthorn and Lexus International President Tokuo Fukuichi.