Skip to content
Home Brand Stories The Lexus CT 200h nightclub. If your name’s not down, you’re not coming in. 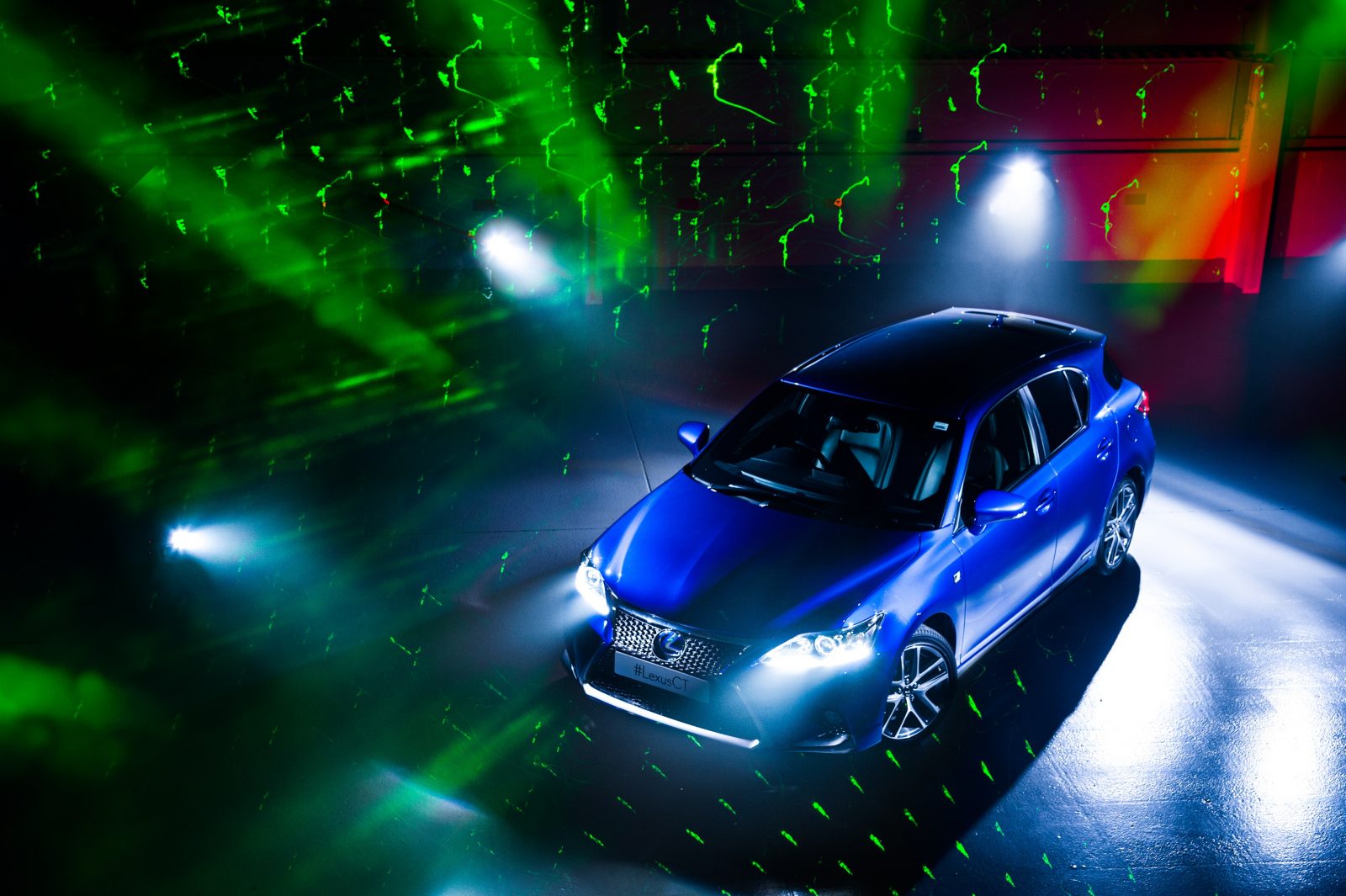 The colourful Lexus CT 200h F Sport photos contained within this post form the third and final part of our experimental photoshoot series. The baby Lexus appears in a duo of images denotative of the nightlife and club culture which are akin to the model’s position as the Lexus for the younger generation.

Previously, we have light painted the LFA and wrapped an IS 300h in luminous tape and as with these shoots, the CT pictures were exclusively previewed on Twitter and fans were empowered to bring the content to life by completing an action.

For the CT, we created a pixelated GIF of one of the images that could only be fully revealed by clicking the play button in the centre of the image.

Press play to get the party started. The weekend begins here! #LexusCT pic.twitter.com/UyyRUSVylS

Now let’s turn our attention to the photos. The first of the two CT images is a front three quarter shot, an automotive photography staple which suggests the level of order typical to the beginning of a night out on the town.

To create the circular area of light surrounding the car, six portable LED lights were placed around the car and the daytime running lights of the vehicle were switched on to suggest kinesis.

A hazer was used to heighten the beams of light surrounding the vehicle. The device was lifted onto the first tier of a split level scaffolding unit using a hoist and was left to operate constantly for 30 minutes to allow a light mist to fill the vast, empty warehouse. Once the space was suitably foggy, our photographer took to the top platform and shone a hand-held laser through the fog, capturing images remotely as the light patterns changed.

At the rear of the car, an expanse of red light can be observed, which is emblematic of our CT 200h F Sport model’s sporty dimension. F Sport models are distinguished visually by a titanium-coloured mesh front grille, a large tailgate spoiler and two-tone machine-faced 17-inch alloy wheels. The red area was not added in post-production and originates from the car’s brake lights.

The use of height in this image is integral to its rhetoric, evincing the mezzanine floors and dance platforms that typify a nightclub. Take a closer look at the front of the car and you will observe that the headlamp clusters are set on a higher plane than the grille. This is a styling characteristic that is unique to Lexus models and photographing the CT from above can therefore be noted as a reference to this.

The second image was created at ground level using similar principles. Glow sticks were scattered slatternly around the car like as if they had been tossed aside by clubbers in the midst of an end-of-night melancholia. The tilted angle of this image is purely in the interest of experimentation; it may be refined and developed further as we look to capture our cars in ever more innovative ways.

What do you think of the photos? Is there a particular photographic treatment or post-production technique that you would like to see us apply to a Lexus model? Have you got an idea for what we could next? Leave a comment below and we might just bring it to life.