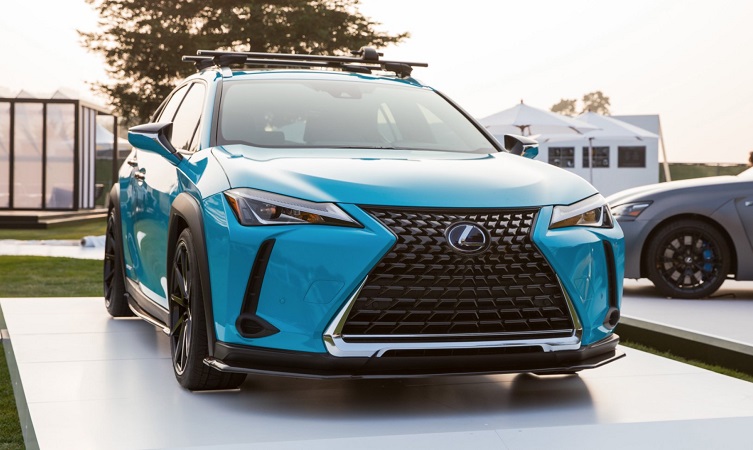 The Lexus UX 250h will arrive in UK showrooms in March 2019 as our exciting new entry in the compact crossover market. But last weekend Lexus USA introduced the first modified example at the world-famous Pebble Beach Concours d’Elegance.

Built exclusively for Lexus USA by Clark Ishihara of VIP Auto Salon, the modified UX has been transformed with a choice selection of aftermarket products, some of which are also due for imminent release. 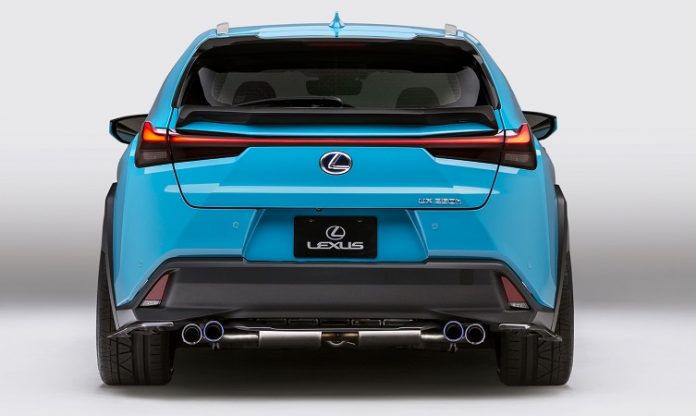 The new look begins with a subtle lip kit produced by NIA Auto Design, which serves to create a sharper, more visible distinction between the ground and body. The body itself is enhanced with an all-over wrap in Oracal’s striking Lagoon gloss premium cast vinyl, with the door handles and new hatch spoiler picked out in a contrasting colour to coordinate with the wheel arch trims.

Hiding behind those arches is a set of Apexi N1 ExV Dampers – a height-adjustable, street-specification coilover suspension system. Fitting these units has allowed the development team to reduce clearance around the 20-inch Vossen VFS-1 alloy wheels and low-profile Nitto Invo tyres to create a dramatic, hunkered-down appearance. This sporting expression is given an aural edge through the baritone accompaniment of an Apexi N1-X cat-back exhaust system. 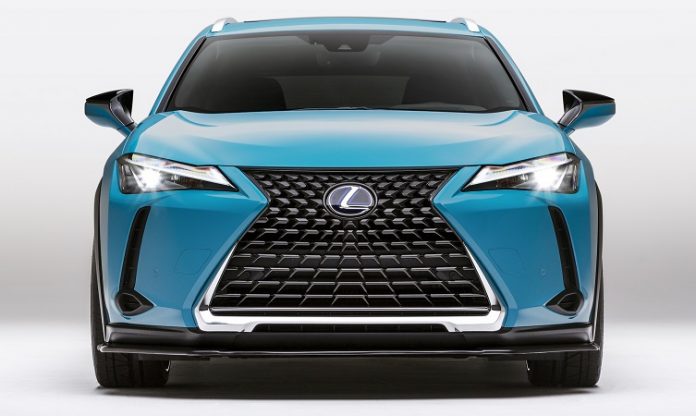 Throughout the Pebble Beach event, the Lexus UX was displayed with and without one final accessory – a custom Inno base rack system. The reason for this was twofold: to highlight the extra practicality afforded by the sleek UX roof rails, and to display a rare example of the Lexus F Sport carbon fibre road bike. Designed to commemorate the end of LFA production, this very special bicycle – one of just 100 ever built – was assembled by the same Takumi technicians and featured the same carbon fibre reinforced plastic construction. 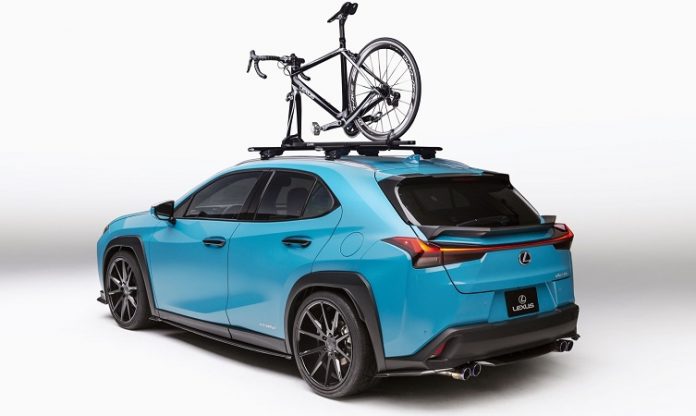 Although recognised as the first modified Lexus UX, this isn’t the first time that VIP Auto Salon has re-imagined the model. Soon after it was unveiled at the Geneva Motor Show, the frequent Lexus USA collaborator published this radical computer generated image below. A number of design concepts were evidently carried over but we think this more toned-down version will have much broader appeal. 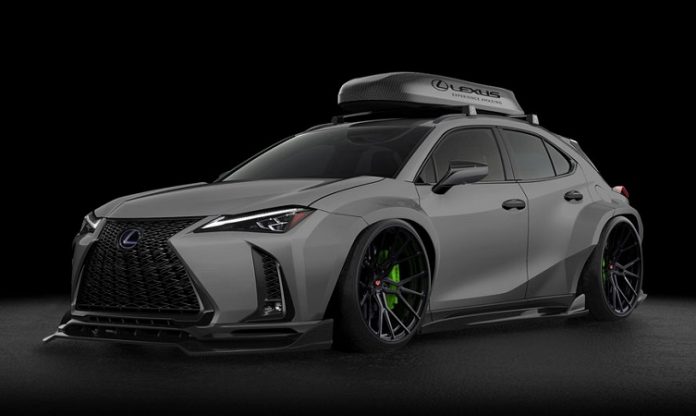 What do you think of VIP Auto Salon’s modified Lexus UX 250h?
Why not let us know in the comments section below.