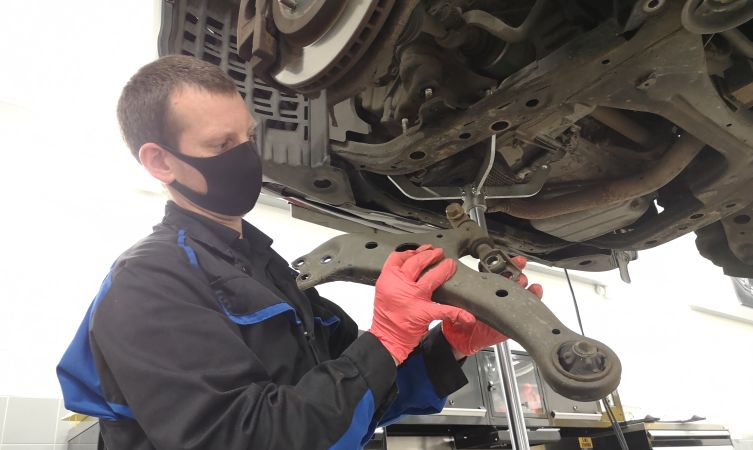 Although the government generously applied a six-month extension to the MoT status of our RX 400h due to the coronavirus lockdown, the official advice from Lexus UK is to have your “MoT completed as close to the due date as possible.” 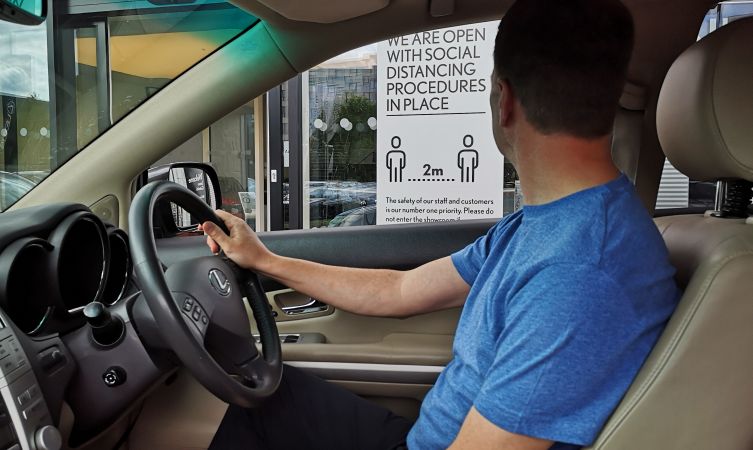 So instead of waiting until the end of October, the recent easing of restrictions and re-opening of Lexus centres meant that circumstances now allowed us to wake the hybrid RX from its extended rest and bring forward the roadworthiness test much closer to the original expiry date. As usual, we wanted this to be carried out at our local centre, Lexus Gatwick. 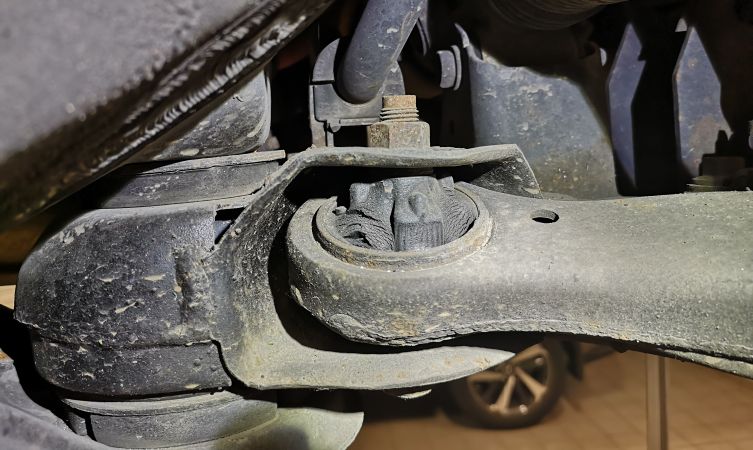 An additional reason for our haste was that during the RX’s major service in December, master technician Tim Woodley had identified a couple of issues that needed to be addressed prior to being tested. After almost 14 years and more than 147,000 miles of service, the lower front suspension arm bushes (above) and front anti-roll bar drop link gaitors had deteriorated to the point where excess play was detected within their range of movement. 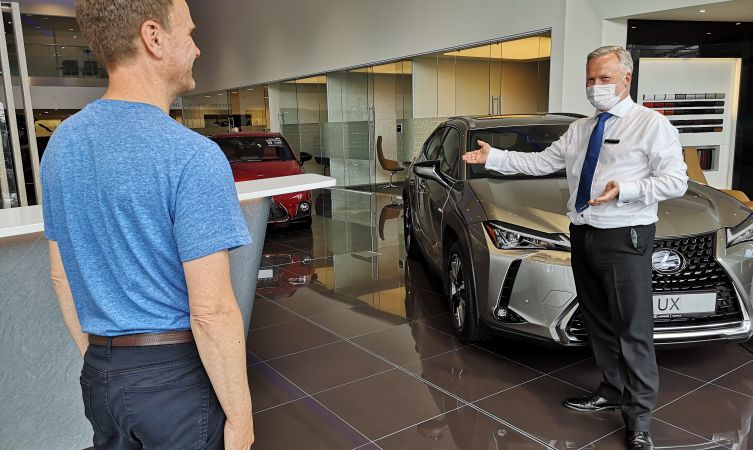 Once the repair quotation was agreed with aftersales manager Andy Ball, we arranged a date to return for the remedial work and for a new MoT test to be carried out immediately afterward. Due to the introduction of strict social distancing measures, all customer visits to Lexus Centres are now by appointment only. Nevertheless, we were delighted to be offered a date a week or so later. 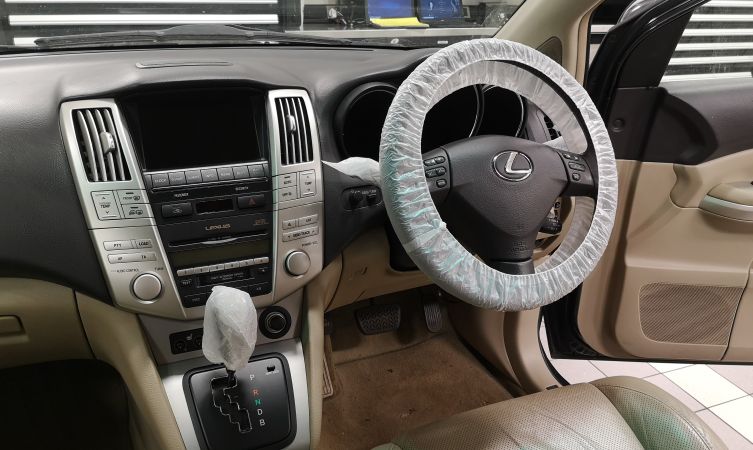 Having equipped the interior of the RX with an array of plastic covers and himself with an appropriate level of personal protective equipment, Tim set to work. The new drop link assemblies and front arms – both genuine Lexus parts, of course – were retrieved from the parts department, and a sophisticated power processor was attached to the auxiliary battery to condition and fully charge the cells in case they had depleted during lockdown. 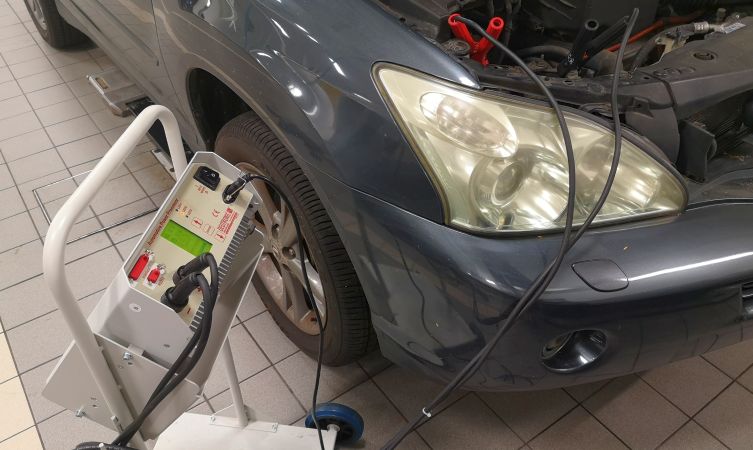 Up on the ramp, the front wheels were removed to expose the chassis connections lurking within the well. Interestingly, the text book repair procedure instructs technicians to remove the entire front subframe of the RX in order to access some of the difficult-to-reach bolts securing the front arms. Following this procedure results in a job that could take a mechanic an entire working day to accomplish. 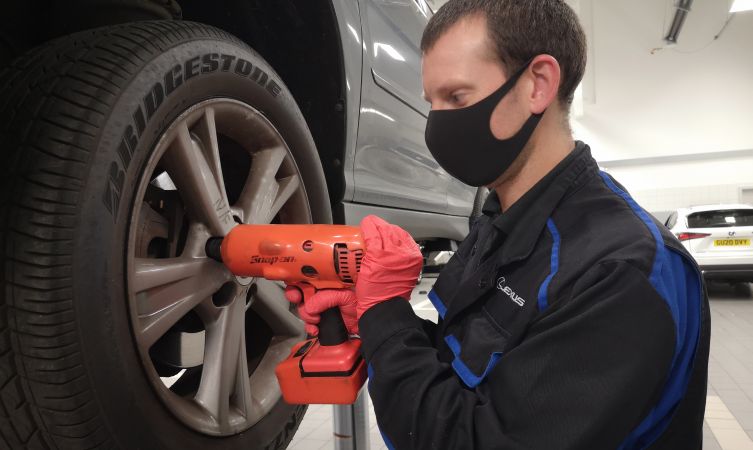 But in the spirit of kaizen – the Japanese philosophy of continual improvement – Tim knew of an alternative method that accelerated the process and therefore allowed the time-saving to be passed on to the customer for a more affordable repair. Everybody’s a winner. 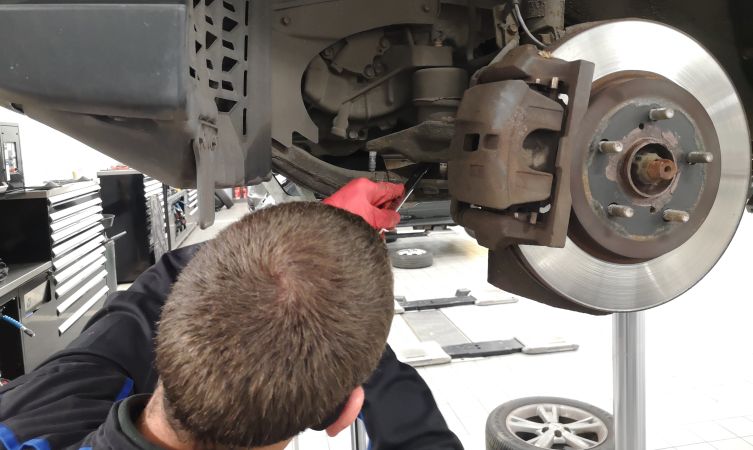 The new method involves working on one side of the car at a time and releasing the gearbox mount (on the nearside, as shown above) and engine mount (offside) from their respective side of the subframe. By gently lifting the powerplant with a high-lift transmission jack, sufficient space is created to allow a ring spanner to undo the trickiest 22mm bolt and therefore be able to remove the original front arm. 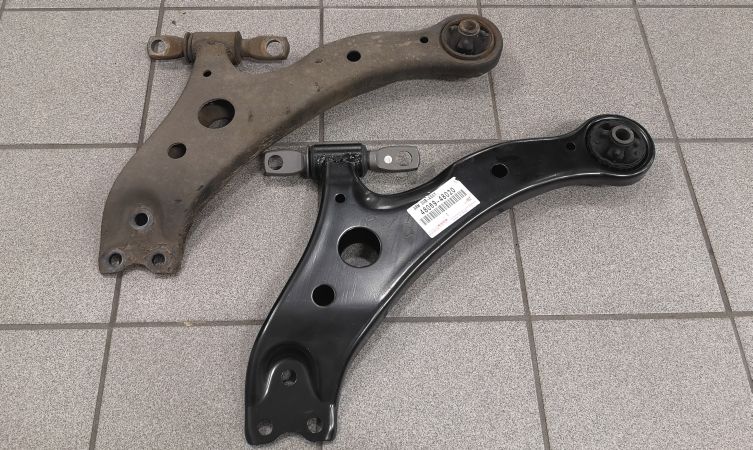 Installing the new arm was simply a reversal of this procedure. Because this new workshop method is more sympathetic to the vehicle and the genuine Lexus parts are identical in every way, no realignment of the suspension geometry was deemed to be necessary. 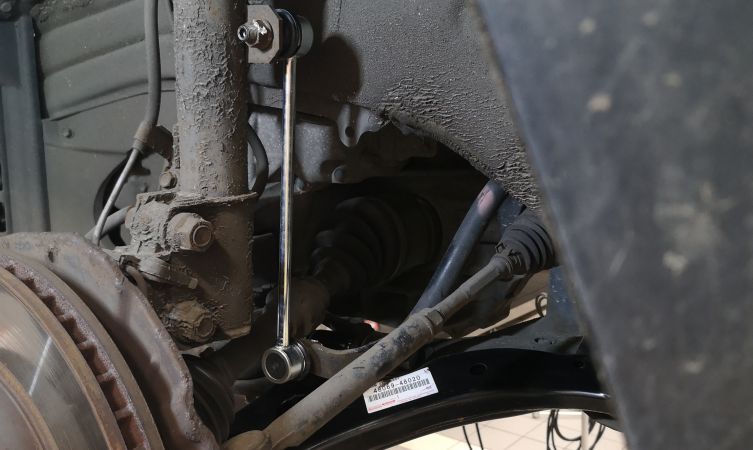 Moving on, the task of exchanging the anti-roll bar drop links was a simple case of undoing the 17mm bolts that fasten the linkage to the bar itself (lower connection) and the suspension strut (upper connection). Once again, the linkages were switched one side at a time so the anti-roll bar maintained a solid connection to the vehicle at all times. Finally, all bolts were torqued to the correct tightness and each marked with a paint stick to ensure none were accidentally omitted. 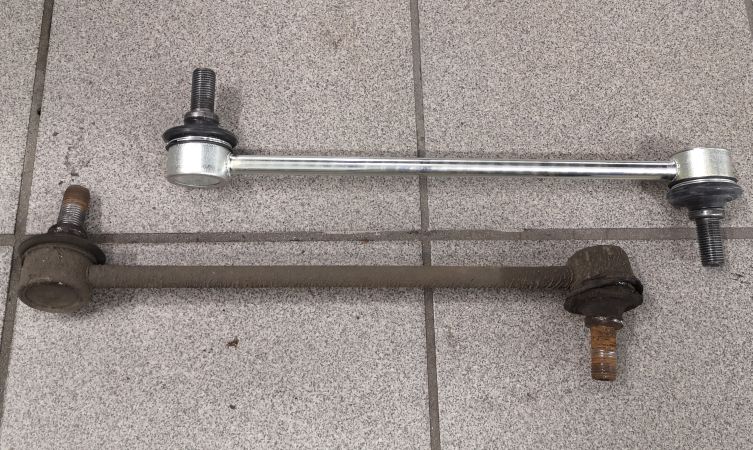 Examining the bushes in the old components with those in the new revealed that the rubber material had indeed aged to the point where it showed either significant cracks or fractures. The large bush in the front arm was also showing reduced flexibility in that the centre point now rested in a slightly offset position. 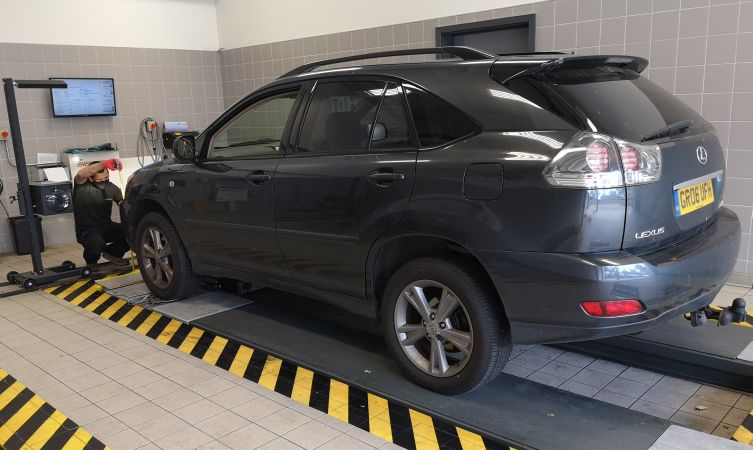 With these areas of the chassis now as good as new, our RX 400h flew through its new MoT test and is all set for another year of service. We’d like to say that it passed with no advisories but during the procedure Tim noted that the plastic headlight lenses are beginning to show signs of UV damage. Not enough to seriously affect the light output but something he wanted us to be aware of going forward.