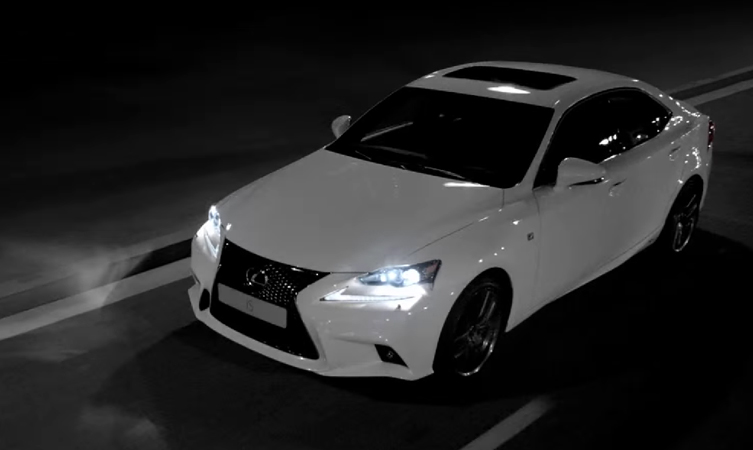 Lexus fuses the traditional elegance of ballet with a thumping soundtrack in a mesmerising new advert to launch the New Generation IS.

The European campaign to promote the New Generation Lexus IS launches officially on 17 June (UK TV advertising begins 5 July) and will run across TV, print, digital channels and social media. However, we can exclusively show you the lead 60-second TV short ahead of its official release.

Titled Poise, the brief for the advert was to demonstrate the IS’s superb driving dynamics and rigid body structure, while simultaneously appealing to a new and younger audience for the sports saloon.

In order to visualise this, Lexus Europe and advertising agency CHI & Partners partnered with the English National Ballet (ENB) and renowned choreographer Russell Maliphant to create a stunning comparison of the car’s dynamic qualities with the strength and control of a prima ballerina.

The dancer performing is none other than Tamara Rojo, Lead Principle Dancer and current Artistic Director of the ENB. Her precise routine is an incredible display of traditional poise, balance, strength and technique, but it is starkly juxtaposed with a trap hip-hop track called Step Up by Stephen Kozmeniuk.

Simply watching the adrenaline-charged video clip raises the heartbeat, and Lexus is confident that driving the exciting new, dynamically superior IS will provide similar stimulation.

Alongside the lead TV advert will be an integrated campaign featuring more talent from the ENB, including a shorter online product film focussing specifically on the F Sport meter. ENB ballerinas Lauretta Summerscales and Shiori Kase perform a perfectly synchronised duet in this 30-second film, with their movements mirroring that of the F Sport meter in action. There is also an exclusive behind-the-scenes documentary featuring interviews with Tamara, Russell and Lauretta.

We are incredibly proud and excited about this advert and welcome your thoughts on it.

Read our other posts on the new Lexus IS here.

Find out more about the new Lexus IS at lexus.co.uk.