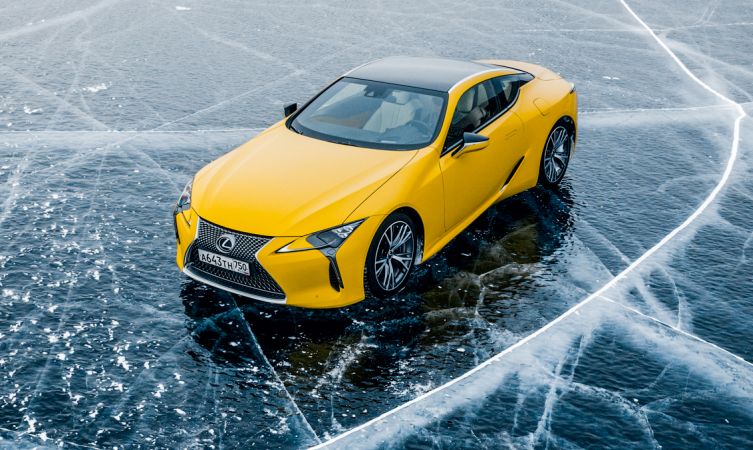 Welcome to Lake Baikal, the largest and deepest freshwater lake in the  world. Located in Russia’s remote region of Siberia, the outside temperature can plummet as low as -60 degrees Celsius. For us, the way ahead is a sheet of ice, and a drive across it holds a promise of the kind of amazing experience at which Lexus excels. 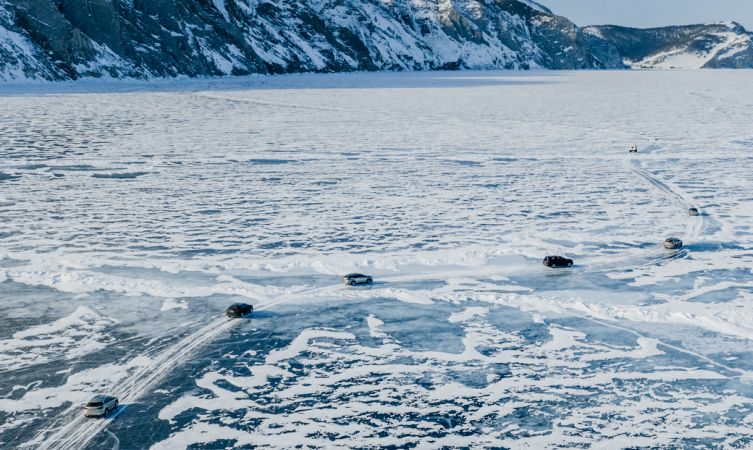 It’s not the kind of environment where you would traditionally expect to find two of our most iconic models. But it made for an awe-inspiring location in which to test the strengths of the RX 450h luxury hybrid SUV and the super-sleek LC 500 coupe, while capturing the beauty of their designs in a one-of-a-kind photoshoot. 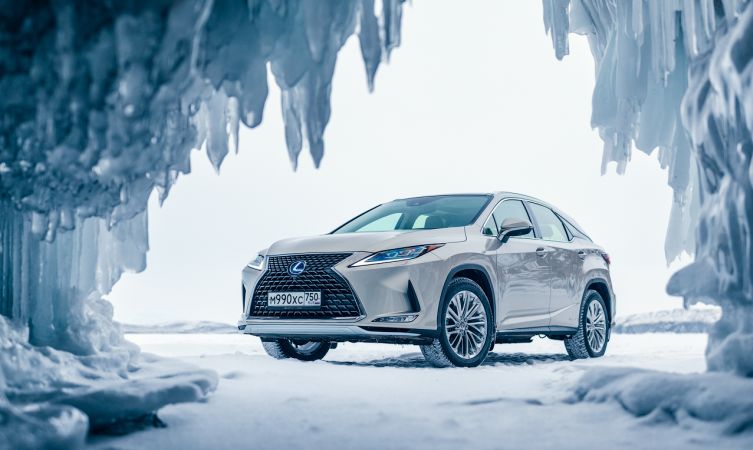 A great location also called for a great driver, so Lexus commissioned top Russian drifter Nikita Shikov to test the cars’ handling in exceptional conditions and give our guests the ride of lifetime. 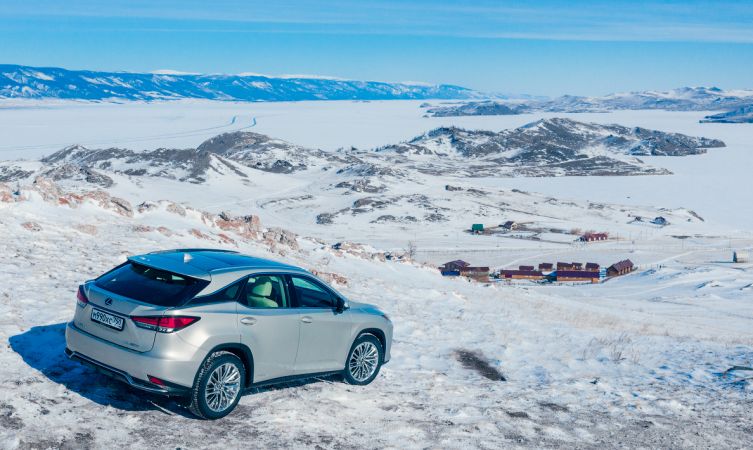 In fact, it was Nikita’s first opportunity to try out the RX, and he admitted to being cautious about its abilities: “Initially I was sceptical, as it operates by default in front-wheel drive with the rear wheels coming into play only when sensors detect they are starting to spin or slip. But once on the ice, I soon found out that the rear axle switches on very fast, so you can make a confidently controlled power slide with all four wheels. 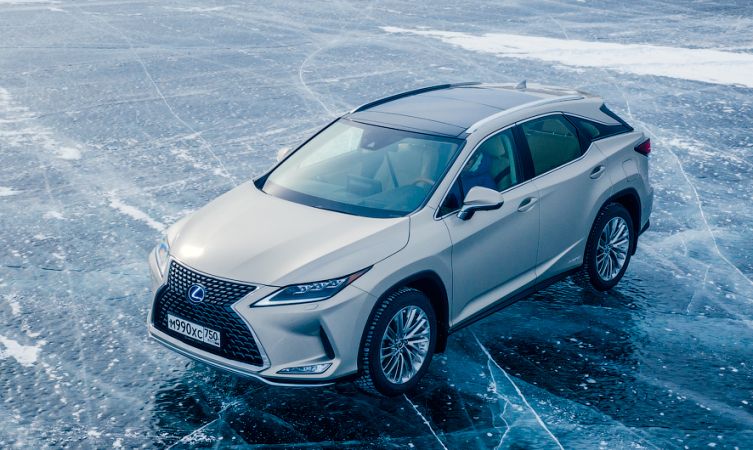 “Front-wheel drive lets you change direction, go backwards and recover from huge angles. You might do something that seems critical but you can use the throttle to get traction from the front wheels and maintain driveability. It certainly stirred the emotions.” 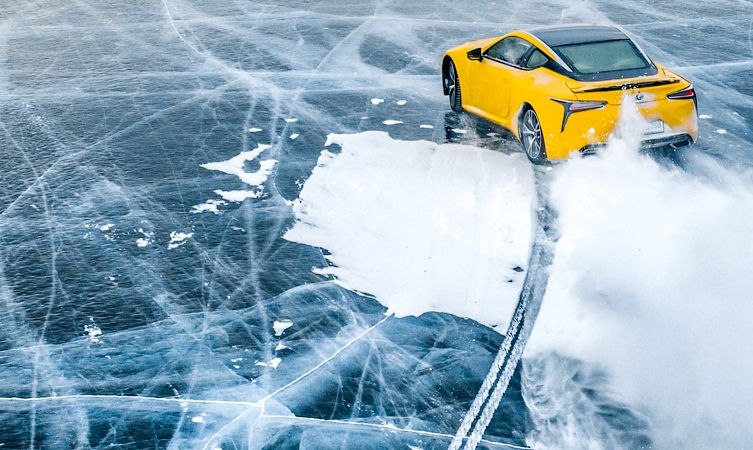 However, according to Nikita, the V8-powered LC definitely took things to another level: “Driving it on local roads, I got to know its character as a long-distance, high-speed cruiser with great aerodynamics, perfect handling, comfortable cabin and an ideal driving position.

“When you are out on the ice, though, you feel the rear-wheel drive right away. Because of the car’s weight and the fact we were running on standard tyres, acceleration was not the main thing. It was all about driving technique and finding the car’s limits.” 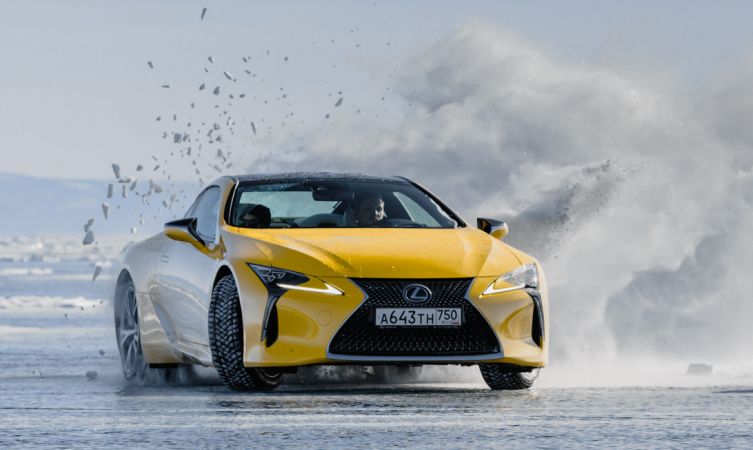 Nikita revelled in the opportunity to drive the LC on the Baikal ice, which had a dusting of snow on the surface. “When grip came it was almost like driving on Tarmac,” he enthused. “I was able to experience the car’s real personality, with wheel speed of around 170mph. The rear wheels sent up impressive snow trails, just like the clouds of smoke you get when drifting on a circuit.” 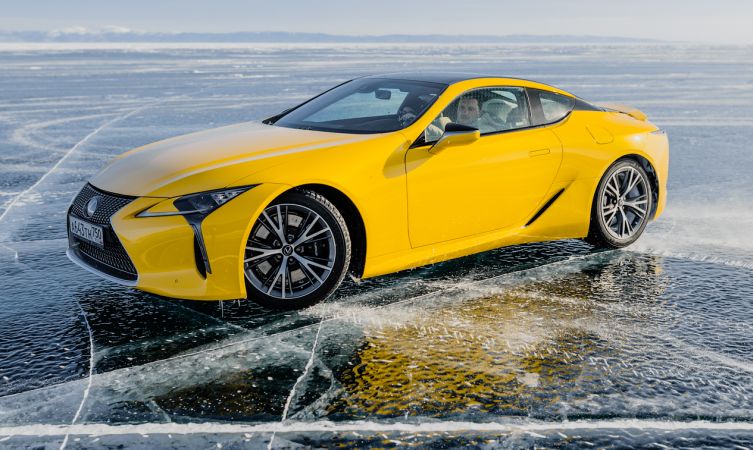 Strict safety measures were followed when Nikita drove on the ice. All electronic handling and stability systems were switched off in order for the cars to react naturally and highlight the skills of the pilot.

“Lake Baikal’s ice is really amazing,” said Nikita. “It is like a living thing which can change in nature several times a day. If the sun starts to shine, it becomes very slippery; but if a frost forms, the grip becomes unbelievably high. We had to work with the track all the time, as the surface was constantly changing and affecting the car, grip levels and the lines that we took.” 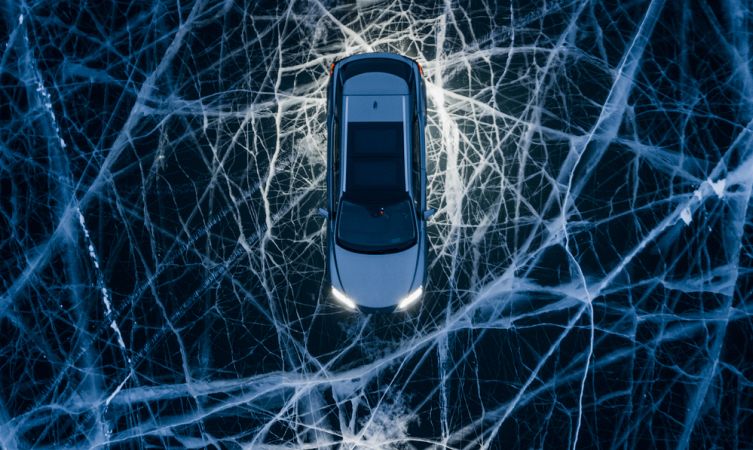 Taking the RX and LC to Siberia was a true test of their quality. For the RX, the double-digit sub-zero temperatures proved no barrier to the hybrid system operating faultlessly. Across rough and icy terrain, its E-Four electric all-wheel drive capability gave it the feeling of being sure-footed. 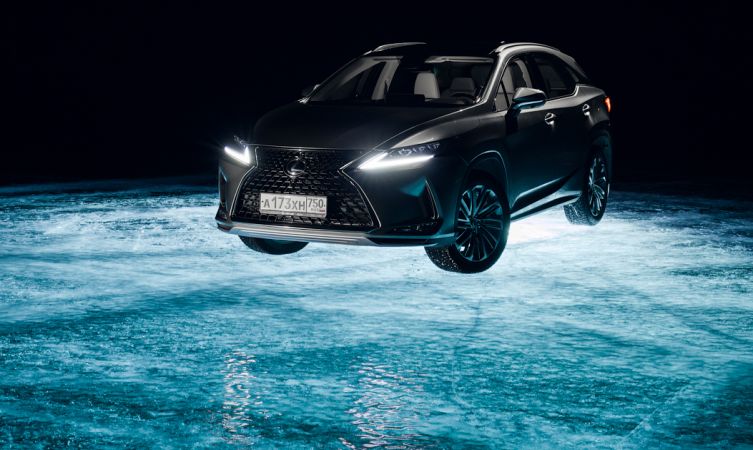 For the LC, a car designed more with winding coastal roads in mind, the frozen lake became a wonderful arena for a display of expert drifting. With the ice 1.5 metres thick and extending as far as the eye could see, the drivers were free to explore the limits of the rear-wheel drive coupe’s potential, with no risk to the car or environment.