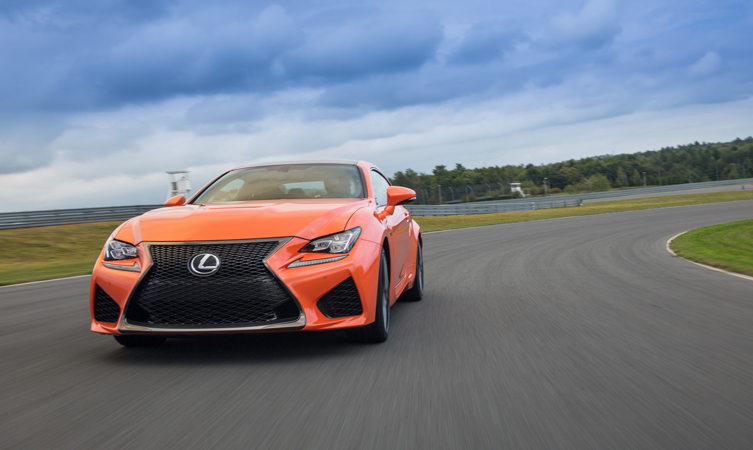 The new Lexus RC F is a high-performance coupe with a difference. From the outset it has been designed to reward drivers of all abilities, whether you’re an experienced track driver or an enthusiast who loves the open road.

This versatile character does not mean compromise: the new performance pinnacle of the Lexus range is true to its “F” designation as a powerful and technically advanced machine that has been honed on race circuits around the world. The F denotes Fuji Speedway, the Japanese track where Lexus carries out much of its high-speed product testing.

Yukihiko Yaguchi, the RC F’s chief engineer, explains: “There’s a perception that many high-performance cars are hard to drive. In fact they’re easy in the right hands because they’ve been purpose-built for the skill level of their drivers. It’s the same with the RC F, which I have built to be enjoyed by all enthusiasts, no matter what their level of expertise. Electronics can be modified instantly on board to provide performance and protection appropriate to each driver’s abilities. But even in its basic settings, it’s a blast.”

The key ingredients are a new 5.0-litre V8 engine delivering 471bhp and 530Nm of torque, and a significantly upgraded eight-speed Sports Direct Shift transmission that gives the driver a choice of five operating modes, from fuel-efficient Eco to full-blooded Sport S+, plus an option to switch to manual, sequential shift control. Lexus has also revised the Vehicle Dynamics Integrated Management system with new Sport and Expert settings that let the driver safely exploit the car’s full performance capabilities.

The RC F is the most powerful V8 road car Lexus has yet produced. In raw figures, it covers 0-62mph in 4.5 seconds and can reach an electronically governed top speed of 168mph. That’s only a fraction of the story, however, as the coupe has been engineered to deliver exceptional grip, agility and high-speed stability with chassis, brakes, steering and suspension all specifically designed and tuned for purpose. The handling package includes and active rear wing and the availability of a Torque Vectoring Differential, technology that’s featured for the first time on a front engine/rear-wheel drive car.

The RC F’s capabilities will be further emphasised by its participation next year in GT3 sportscar competition. Race teams worldwide have been registering interest the car, developed by Lexus International and its subsidiary Technocraft with a more powerful engine, stripped-out interior and high-downforce/low drag bodywork.

The RC F demonstrates Lexus applying many of the ideas and technologies it originally developed for the LFA supercar, including the use of carbon fibre technology for lightweight bodywork elements, clever instrumentation that automatically changes display with different driving modes and a stirring engine note, project into the cabin through an Active Sound Control system.

Unlike the rare and highly exclusive LFA, the RC F will be widely available. In the UK two versions are on offer: the RC F (£59,995) and the RC F Carbon (£67,995), which comes with the Torque Vectoring Differential and Carbon Fibre Reinforced Plastic composite bonnet, roof and rear spoiler as standard.

Order books are open now with customer deliveries from January 2015.