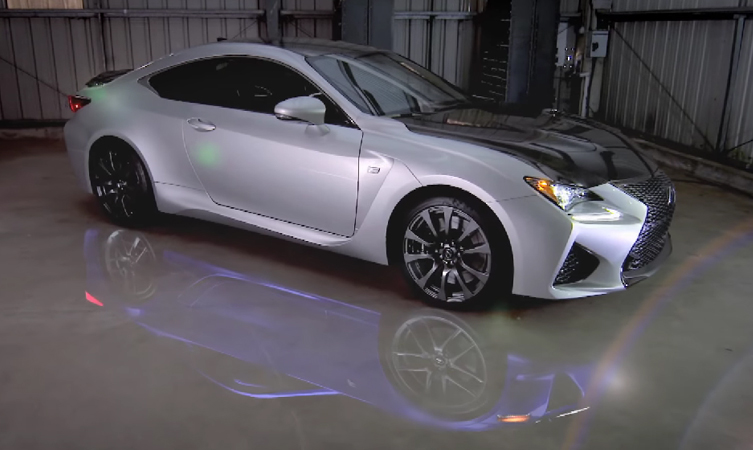 The countdown to launch has begun! The stunning new Lexus RC F – which made its debut at the 2014 Goodwood Festival of Speed – is on target to arrive on UK roads this winter.

To celebrate, we filmed the car as it tackled the hill climb course at Goodwood House. Catch up on the action, below.

Equipped with the most powerful V8 engine Lexus has ever produced for a road car, the 5.0-litre, 32-valve unit develops more than 450bhp and 520Nm of torque and delivers staggering performance.

And to match the advanced engine, the RC F has unique styling, including the most dramatic evolution of the Lexus spindle grille yet, and styling and cues directly inspired by the LFA supercar. These include bonnet air outlets and front cooling ducts.

The bodywork includes carbon fibre elements to help keep weight down, including the roof, bonnet and active rear wing, while at the rear, sculpted wheel arches help underline the car’s muscular appearance.

The rear-wheel drive coupe also features a specially calibrated, eight-speed Sports Direct Shift transmission which includes the world-first use of a torque-vectoring differential.

This, coupled with an advanced dynamic control system, allows the driver to choose one of three driving modes – Standard, Slalom and Track – to deliver the optimum blend of traction, stability and control.

Developed by a team inspired by the Lexus LFA, The RC F has evolved from the new Lexus RC coupe, which will go on sale in the UK in 2015.

To stay up-to-date with news of the Lexus RC F coupe, bookmark our RC F information hub or sign up to the newsletter on the Lexus website.

Lexus RC F
Ultimate car cleaning guide: How to clean a Lexus LFA
How to service a Lexus LFA
Lexus heads for Goodwood Festival of Speed