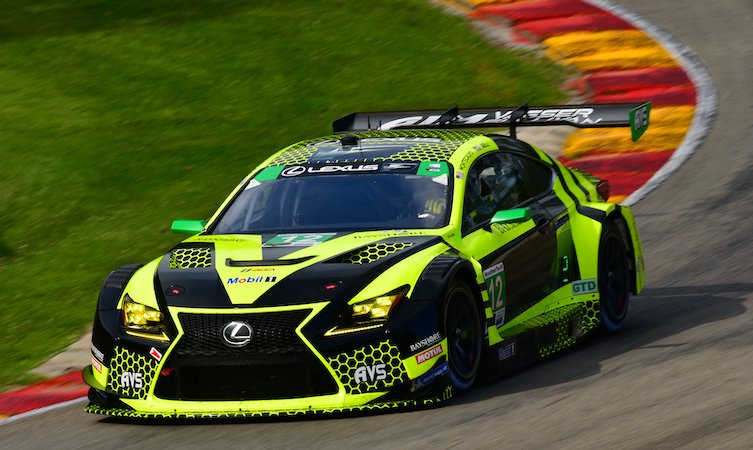 The #12 RC F GT3, piloted by Frankie Montecalvo and Townsend Bell, took the chequered flag in Wisconsin after qualifying second behind teammates Aaron Telitz and Jack Hawksworth in the #14 RC F GT3. 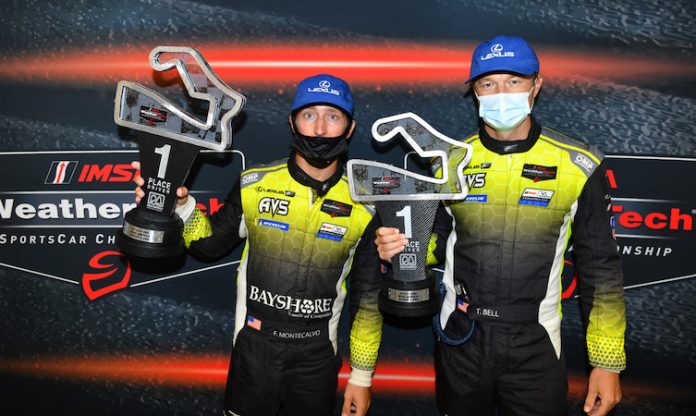 During the first pit stop, Bell managed to overtake Hawksworth and remained in the lead until the weather deteriorated and the race was eventually red-flagged for 21-minutes due to heavy rain, hail, and lightening with less than an hour of the race remaining. Once the worst of the weather had passed, the green flag was waved, and racing continued with rain still creating slippery track conditions.

The two AIM Vasser Sullivan cars were still running 1-2 as the race resumed but were split by the #86 Meyer Shank Racing with Curb-Agajanian Acura NSX GT3 driven by Mario Farnbacher. Farnbacher managed to briefly take the lead from Bell but a slip up on the white-flag lap meant Bell could retake the lead until the chequered flag. 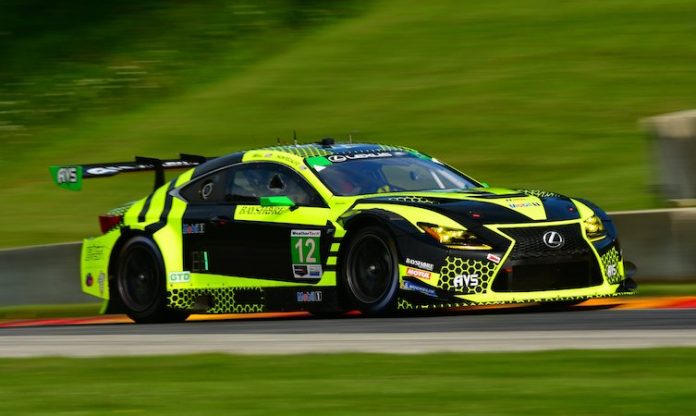 It’s the fourth IMSA win for Bell and the first for Montecalvo while teammates Telitz and Hawksworth came home in a respectable third place behind the #86 Acura NSX GT3 who took second.

Despite the win, the #12 RC F GT3 did not survive the entire race unscathed as during the cooldown lap after the chequered flag, Bell skidded off the track and into a concrete barrier. 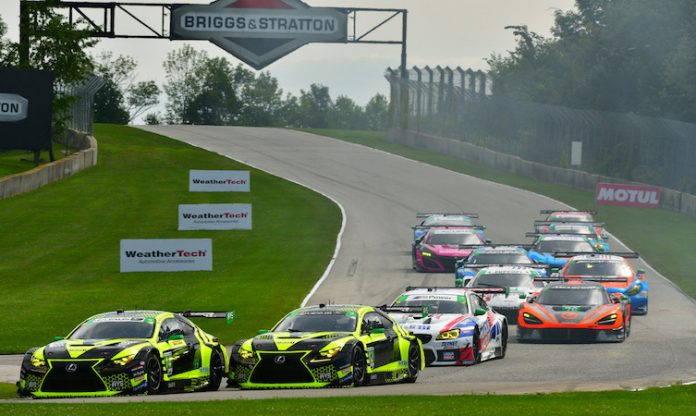 “If that had happened a lap earlier, we would have lost the race under caution at 20 mph,” Bell said. “That’s how bad the conditions were. It’s kind of embarrassing, but I’m not sure I could do much else. I was just driving in a straight line as slow as I could go, and it just floated off the track.”

The next round of the IMSA WeatherTech Championship is the Michelin GT Challenge at the Virginia International Raceway Road America circuit in Virginia on 23 August, where Lexus will aim to continue its run of success.