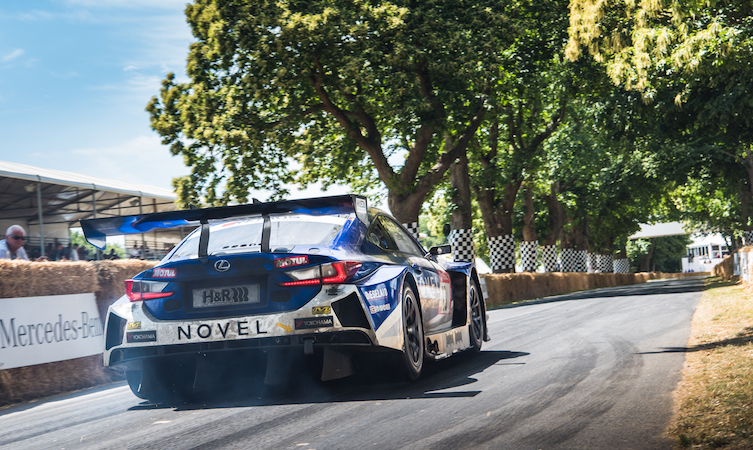 The Lexus RC F GT3 has a muscular track presence, but what really stirs the senses about the racing car is the way it sounds. Powered by a 5.4-litre, naturally aspirated V8, the RC F GT3 announces its arrival with a visceral, spine-tingling bark.

It emphasises an important aspect of Lexus: exhilarating track performance that both inspires and informs the capabilities of our RC F road car.

Indeed, we hope motor racing fans attending last month’s Nürburging 24 Hours remembered to pack their earplugs, because the prospect of getting any sleep in the night while the V8-engined coupé was at flat chat around the Green Hell seems a rather faint one. 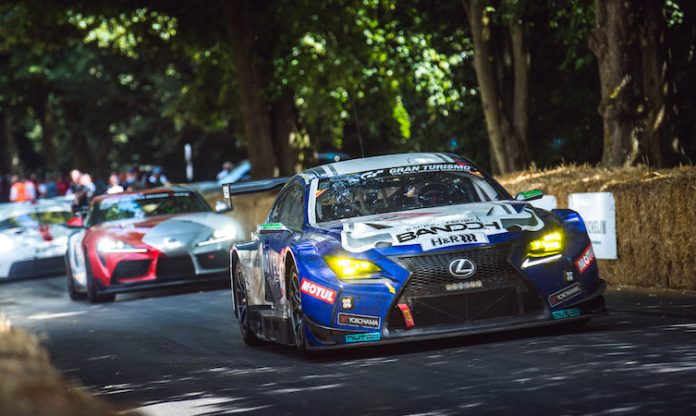 In the hands of Dominik Farnbacher, Hiroki Yoshimoto, Marco Seefried and Michael Tischner, the RC F GT3 completed the twice-round-the-clock event in 42nd position, with the car’s undoubted pace hampered by contact in the early stages of the race that necessitated time-consuming repairs.

The only privateer entry from Japan in this year’s Nürburging 24 Hours was tendered by Bandoh Racing with Novel Racing, a collaboration between two teams with rich pedigrees of Lexus competition. Providing logistical expertise was Ring Racing, the team based in Boxberg, just a stone’s throw from the famous German circuit.

Speaking to the Lexus UK Blog at the recent Goodwood Festival of Speed, Novel Racing president Taku Watanabe said: “There was no way this could have happened without Ring Racing, because Bandoh Racing and Novel Racing were working together for the first time and you need to know all the secrets of the Nürburgring in order to complete the race.” 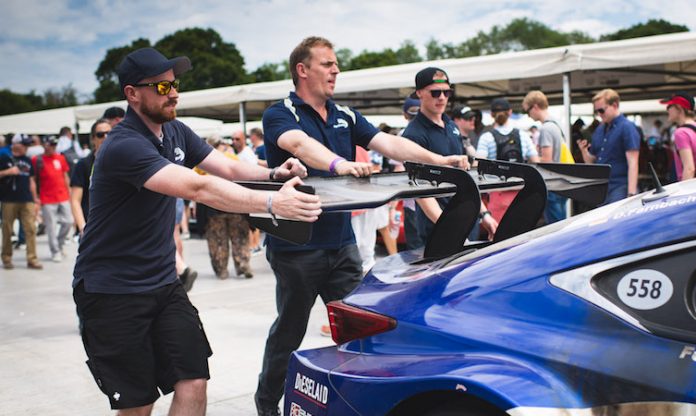 Ring Racing chief Uwe Kleen added: “We all together love Lexus and Toyota and so for us the RC F GT3 was a way to show the world how fast a Lexus can be.

“Racing at the Nürburgring was a privateer project from Bandoh and Novel, so we didn’t have the same level of budget of the big manufacturer teams,” he adds. “That made it a little bit special. We had only one opportunity to test in a VLN endurance championship race ahead of the Nürburgring 24 Hours. We lost a little bit of time with that, although at the end of the day the RC F GT3 is a homologated car, so the changes we can make are restricted to the set-up and the tyres.

Read more: Lexus in motorsport – the story so far

“In the race we experienced some issues with the tyres, we were struggling to get them into the optimum operating window. Otherwise, the car was amazing. We would normally expect to finish in the first 15, but at the first pitstop we had a big crash with a Porsche and that made a lot of trouble for us. Everything else was nice and we learned a lot for the future.”

On the subject of the future, Kleen said: “The plan for next year is not clear yet. The car will soon go back to Japan and then we will discuss with Bandoh and Novel what the plan will be for next year.

Watanabe added: “We see a lot of potential this year from this car. We are still aiming for the podium overall. I think the drivers were very happy to drive this car, even though we had some issues with the tyres. We’re going to think about what we’re going to do for the next year. 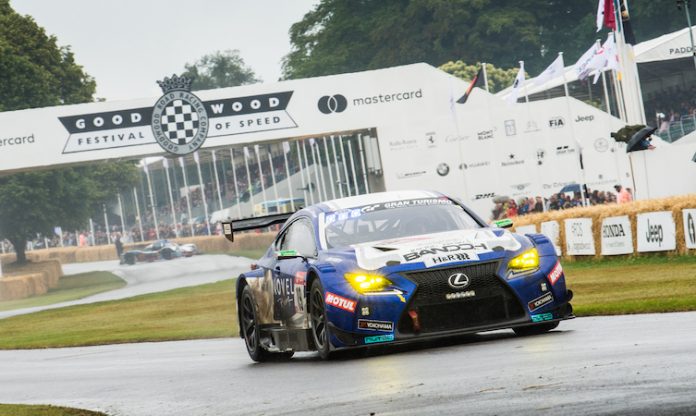 “There has been a lot more promotion and awareness of the event in Japan. For the first time this year, my wife said to me, ‘oh, this is where you go!’. If we tell enough people in Japan what we are doing, perhaps there will be some Japanese companies who might become potential sponsors, so it’s very important for us.”

Before the RC F GT3 returned to Japan, there came the invitation from Lexus UK to attend the Goodwood Festival of Speed; a regular haunt for the Ring Racing team, but the first time Watanabe had experienced it: “It is a real honour to be invited. Even in Japan, the Festival of Speed is very popular.”

Lexus UK ambassador Michael Bentwood was entrusted with piloting the RC F GT3 up the 1.16-mile Goodwood hill. The Cheshire-based racing driver had no experience of the 1300kg projectile prior to his demonstration runs at Goodwood earlier this month: “Before driving it, I spent about ten minutes in the cockpit just getting used to all the switches, because it is more like a PlayStation than a racing car.

“The pedal box is good;  for safety reasons, you cannot move the position of seat in GT3 cars – the driver must remain adjacent to the strongest part of the car, the crash structure and the roll cage. So the pedal box moves towards you. The cool thing is there’s a lever right next to the driver and you pull it and it slides towards you.” 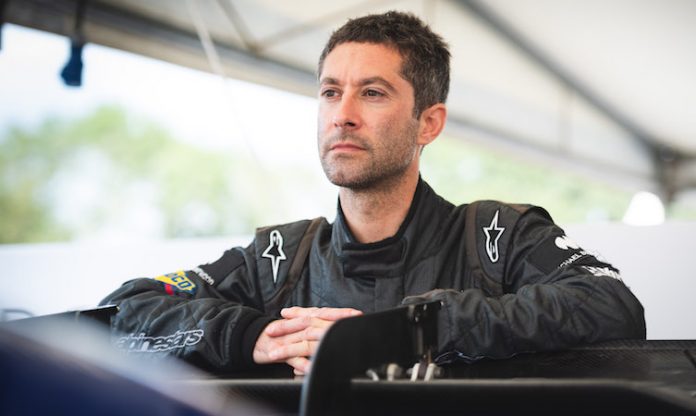 He added: “Even at slower speeds, you can appreciate what a lovely piece of kit this is. You can appreciate that it has been well put together. It has an air-conditioned seat, for example, a paddle-shift, six-speed sequential racing transmission, as well as an ’emergency’ button on the gearbox, so if the gearbox hasn’t got up to optimum temperature you can press the button and use the clutch in a conventional way.”

As he hopped out of the car after each run up the hill, Bentwood was in an ideal position to gauge spectator reaction the RC F GT3: “Typically with a GT3 car, the harder you drive it, the better it performs, although there isn’t really an opportunity to get properly into it here at Goodwood. It’s still possible to have some fun on this course, though.

“You can do a delicate burnout, and the car sounds epic going up the hill. It’s great for the fans to see and hear a full-blown GT3 racing car and it’s nice to say that Lexus can also make these fire-breathing, angry, race-winning cars. Things have got to be emotional.”