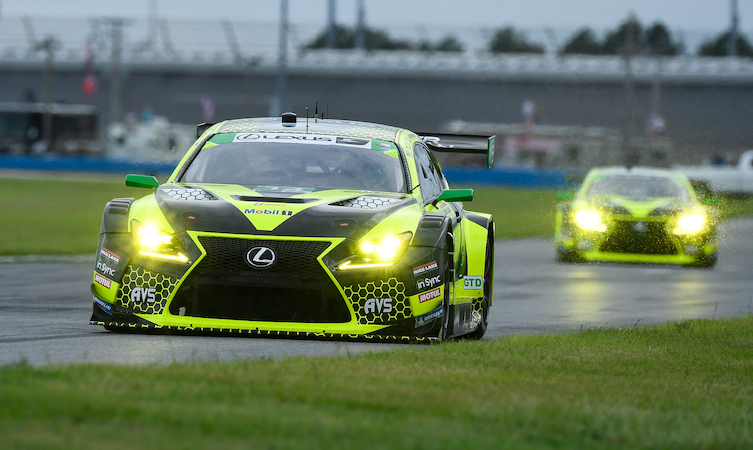 Lexus pulled off its first-ever 1-2 podium finish at the restart of the IMSA WeatherTech Championship at Daytona, with both RC F GT3 cars crossing the line seconds apart.

The winning No.14 Lexus RC F GT3 of Jack Hawksworth and Aaron Telitz held the lead at the Daytona International Speedway for almost the entirety of the race, leading 81 out of the 87 laps. 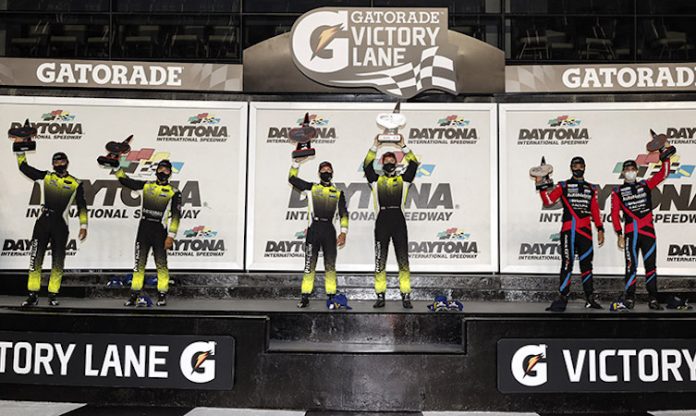 They were followed over the line by teammates Townsend Bell and Frankie Montecalvo, who were only 6.915 seconds behind the leaders in their No.12 RC F GT3.

It was a great race for Lexus, as a penalty for the pole position No. 76 Compass Racing McLaren 720S meant it could not race, thereby handing pole position to the No.14 machine after initially qualifying in second place. 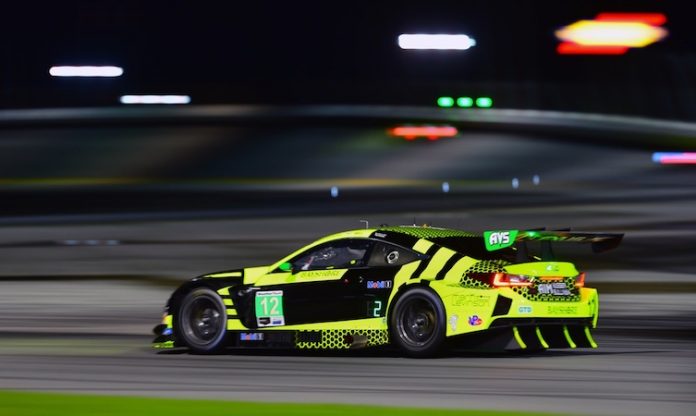 “Aaron was able to get a jump and got a nice gap on the field,” said Hawksworth. “It was great to see the No. 12 car up with us, but by the time I took over after the stop, the track was very dry. Not a puddle on the racing line. Then all I had to do was maintain the position and maintain the lead and bring it home. Fortunately, the Lexus RC F was working really well. I’m absolutely delighted for myself and the team. Great job to everyone.”

The Lexus 1-2 podium finish is the best performance yet for the or the AIM Vasser Sullivan team, who only joined the championship GTD class back in 2019. Their previous best was at the Detroit Grand Prix last year when the No.14 car won and the No.12 car came in third. 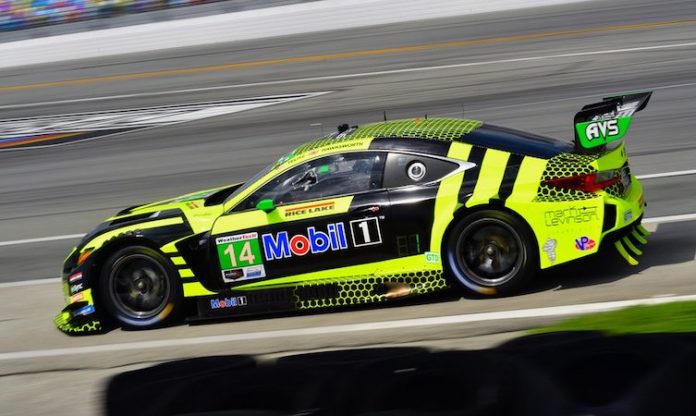 The 4 July Daytona International Speedway weekend was the first race of the resumed IMSA WeatherTech Championship after a five-month hiatus due to the global coronavirus pandemic. It was also the first race to be held behind closed doors, with spectators having to watch the action live on TV instead of in the stands.

The next round of the IMSA WeatherTech Championship is the Cadillac Grand Prix of Sebring on 18 July, where Lexus will be aiming to capitalize on their victorious return to racing.