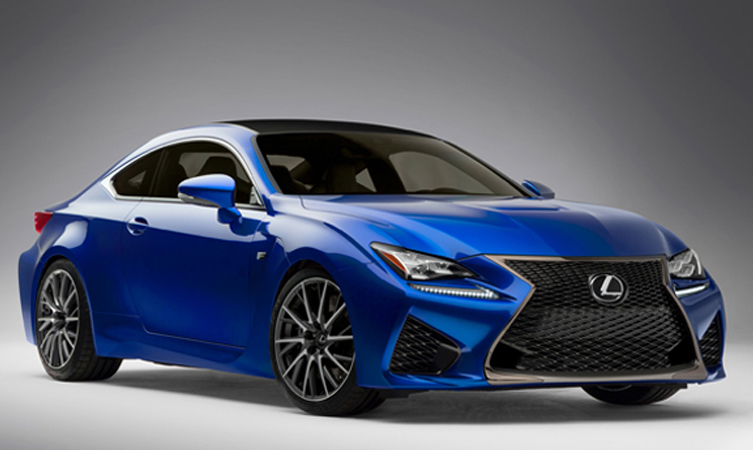 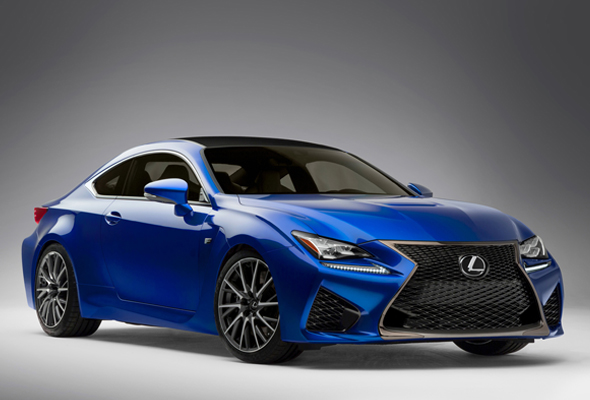 There’s no mistaking the sense of purpose in the styling of the new Lexus RC F coupe, a car that projects its high performance qualities in every carefully crafted curve and plane. Looking good is one thing, but Lexus’s focus was to produce a design that also fully supports the car’s dynamic potential.

The RC F’s striking appearance has been developed from the show-stopping LF-LC and LF-CC concepts Lexus revealed in 2013. The guiding principle was functional beauty: every element of the exterior styling has been designed to maximise either aerodynamic or cooling efficiency. 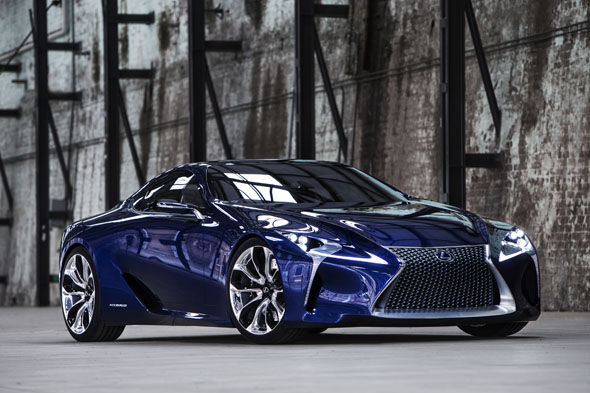 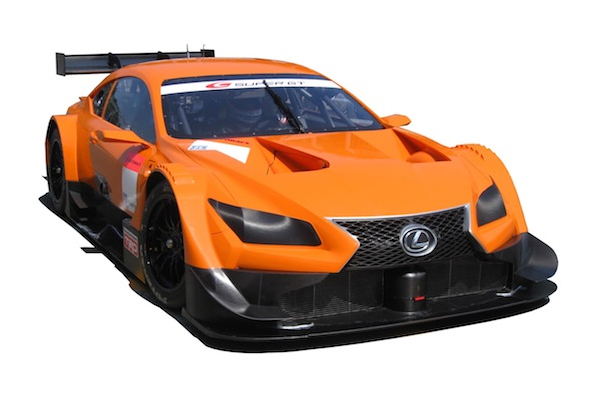 The front end is anchored by a new interpretation of the hallmark spindle grille, this time with a double-spindle effect with a graduated F-motif mesh grille that helps ventilate the 5.0-litre engine and, via apertures in the outer corners, ducts cooling air to the front brakes. The importance of cooling is reflected in additional grilles in the outer spindle shape, located to direct air to the oil radiators. 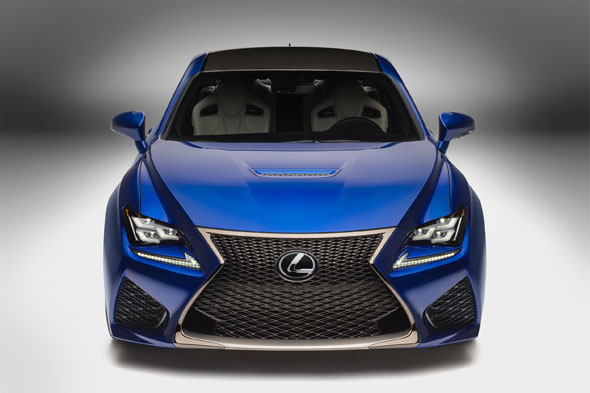 Outlets in the top of the bonnet and in the wings behind the front wheels vent air from the engine bay and brake discs. The smooth flow of vented air over the top and sides of the car contributes to high-speed stability. 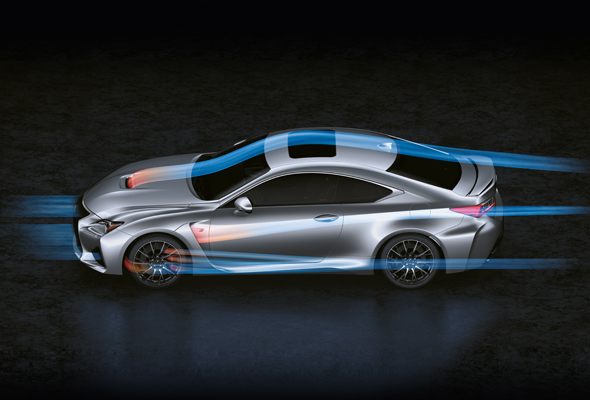 Aero-stabilising fins integrated in the door frame moulding next to the door mirror and in the rear combination lamps also promote straight line stability and suppress vehicle wobble when turning.

The rear lip of the boot incorporates a four-link active rear wing to optimise airflow and generate downforce for added stability when driving at high speed.

The wing is automatically deployed at speeds above 80km/h (50mph) and retracts when vehicle speed falls below 40km/h (25mph).The driver can also control wing deployment at any time from the cockpit.

The underbody features comprehensive aerodynamic measures to smooth and control airflow beneath the vehicle. Undercovers for the engine, transmission and centre and rear floor sections incorporate aero stabilising fins to suppress turbulence and smooth airflow. The rising rear floor undercover also has rectifying fins to ensure a smooth flow of air away from the underside of the car.

The RC F is available to order now, priced from £59,995. UK customer deliveries will begin in February.