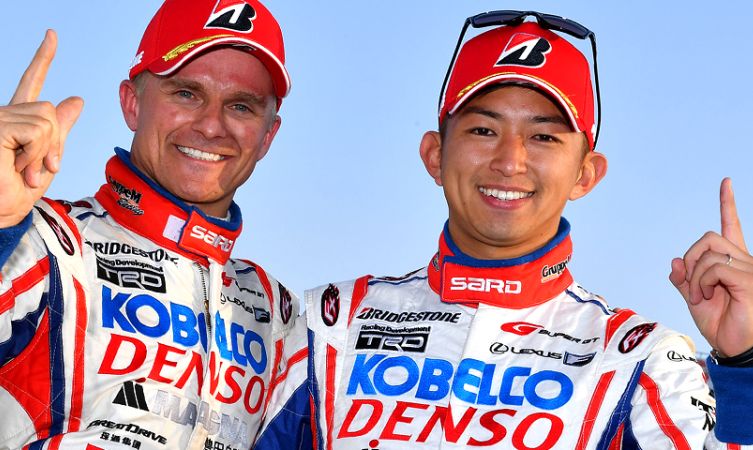 Lexus swept the podium with an all-conquering performance in last weekend’s Super GT finale, collecting both the drivers and manufacturers championships.

The final event in the 2016 Super GT calendar took place last weekend at the Twin Ring Motegi circuit and was historic for consisting of two rounds. Saturday’s racing replaced round three at Autopolis following the earthquake in Kumamoto, while Sunday marked the official round eight season finale. 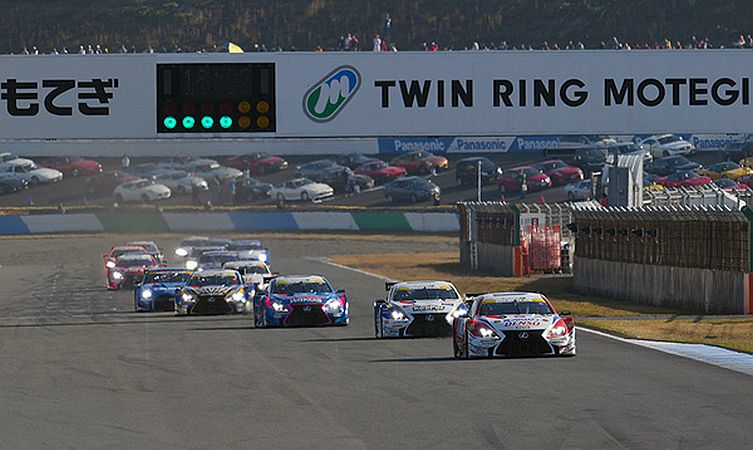 A total of 42 championship points were available, meaning that more teams than ever stood the chance of winning the overall championship. However, with a majority share of the GT500 grid, Lexus stood the best chance of securing the manufacturers championship with its RC F coupe.

Running in difficult conditions on a wet track, former F1 driver Heikki Kovalainen set the fastest qualifying lap for the #39 Denso Kobelco Sard RC F – his first pole position in Super GT. But by the start of the formation lap at 13:10 the track had dried and all cars were running on slicks, so the morning’s session offered few clues as to the final outcome of round three.

The opening lap saw battles for position throughout the field. Kohei Hirate made a good start in the #39 RC F, capitalising on Kovalainen’s pole position, while the #36 RC F managed to steal second place from the #24 Nissan to give Lexus an early one-two lead.

Entry of the safety car – a production Lexus RC F – tightened the pack into an angry concertina, which was eventually released at lap eight. Battles for position were now fierce, with four-way contests between the major manufacturers for a position on the lowest rung of the podium. 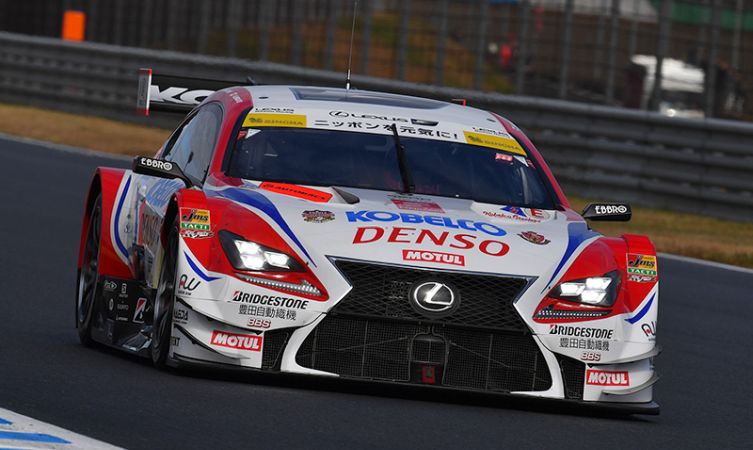 As routine pit stops and driver changes began from the end of lap 19, fast teamwork shuffled the order. But in the end it was the #24 GT-R that was promoted into the lead after electing not to change tyres. This, in turn, led to a battle for second place fought between cars #36 and #39.

Kovalainen tried time and again to get past Nick Cassidy in the #36 au TOM’S RC F, finally succeeding on lap 39. Although Kovalainen managed to pull right up to the tail of the #24 car, Yanagida defended his position to secure his team its second win of the season. 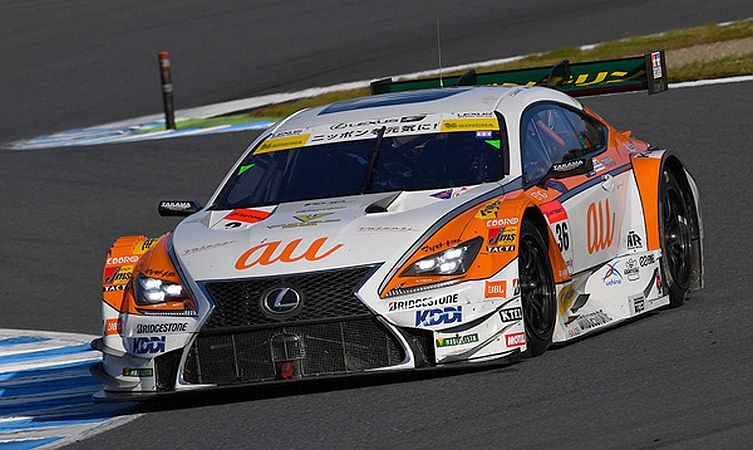 Nevertheless, by finishing second, the #39 Denso Kobelco Sard RC F pair of Kovalainen and Hirate moved to the top of the drivers’ championship with 61 points, three points ahead of their nearest rivals.

Qualifying for the season’s final round felt much like a rerun of the action experienced the day before. Once again, the #39 Denso Kobelco Sard RC F – this time driven by Kohei Hirate under clear skies – set the fastest time in a nail-biting 15-minute session to secure pole position. In an impressive display of strength from Lexus, the following three grid places were also taken by RC F models. 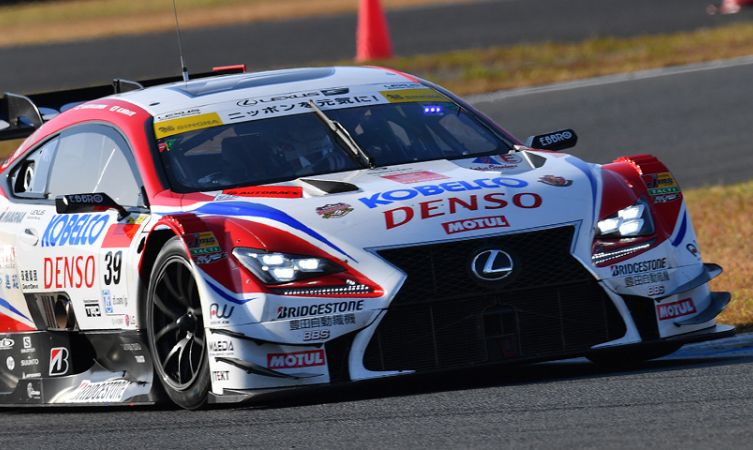 Retaining his seat behind the wheel, Hirate consolidated his position to take control of the race, closely followed by the #6 Wako’s 4CR RCF and #37 KeePer TOM’S RC F. Lagging well behind in eighth position was the championship leading #1 Motul Autech GT-R, clearly not in top form and not looking good for the title either.

Although running strongly up front, Hirate was the first of the Lexus drivers to make his routine pit stop, exiting the track on lap 19 to switch to Heikki Kovalainen for the remainder of the race. An impeccable changeover returned the #39 car to a secure first place once all teams had completed their pit stops. 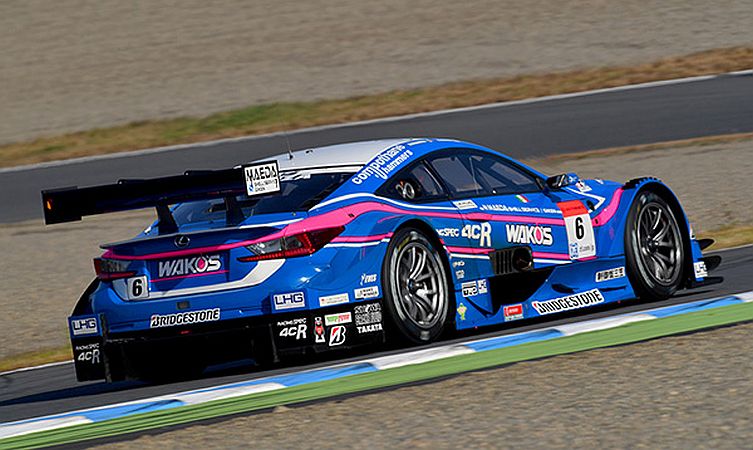 In the later stages of the month, tyre degradation meant the #6 RC F began closing in on #39 but Kovalainen remained calm and certain as he left it to the last minute to increase his pace and take the chequered flag with a margin of 0.472 seconds.

It was an astounding finish in many ways. Lexus teams took a clean sweep of the top five places, and the win for the #39 car was the Finn’s first win in Super GT. The victory also secured the drivers’ championship for both Kovalainen and Hirate, and the team championship for Lexus Team Sard. 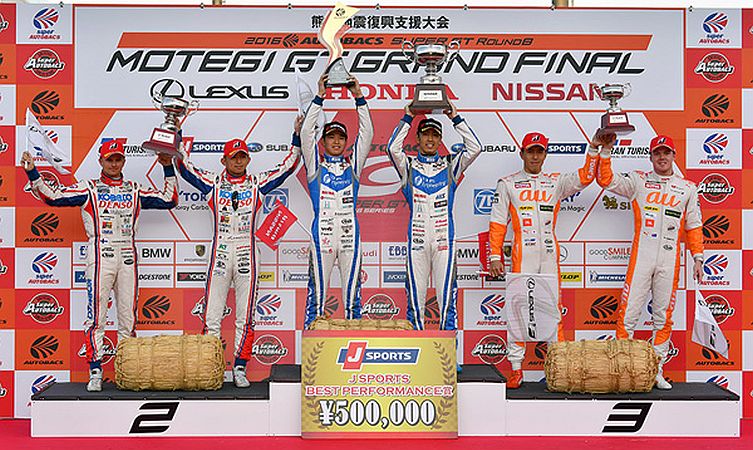 “This was an amazing weekend for us,” reviewed Kovalainen. “I am grateful to the team for the wonderful car they prepared for us. Of course, another big reason for our success was that Kohei [Hirate] won us the pole position. In the final stages of the race I was struggling a bit as the tyres wore down, but I worked to keep them from deteriorating seriously in the hope of being able to pull away again. In the end, everything went according to our race strategy.” 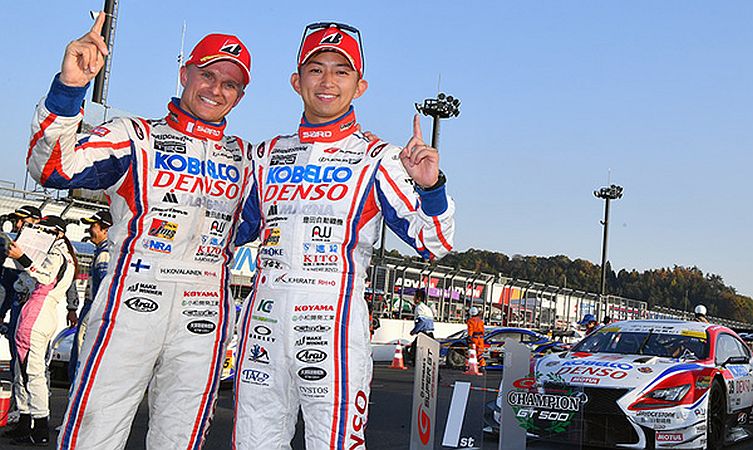 The 2017 Super GT season will consist of eight rounds on six Japanese circuits (twice at Fuji Speedway) and one circuit in Thailand. The opening round will take place on 9 April at Okayama International Circuit.

What can we expect from the 2017 Super GT season?

Prior to the final rounds of this year’s season, manufacturers were invited to take part in a special three-day event at Autopolis circuit. The purpose was for teams to test new race vehicles taking part in the 2017 Super GT season. 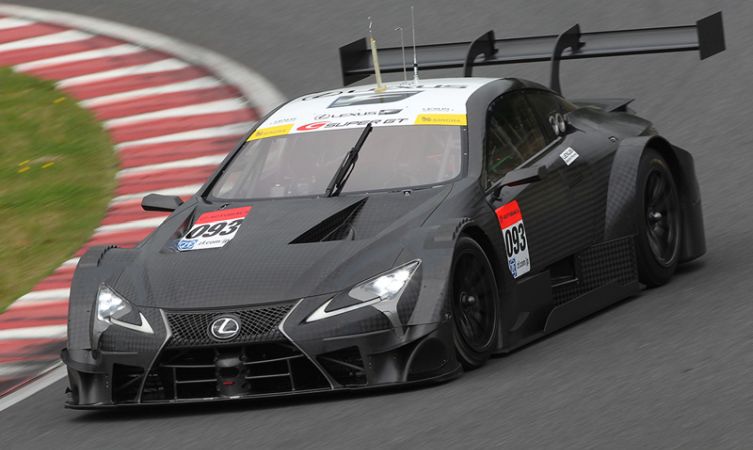 Lexus Gazoo Racing used the event to continue developing its exciting new LC 500 race car, which will replace the RC F in the GT500 category next year. Tests were due to focus on the LC’s revised aerodynamic package – hence the bare carbon fibre bodywork – and new Yokohama control tyres. 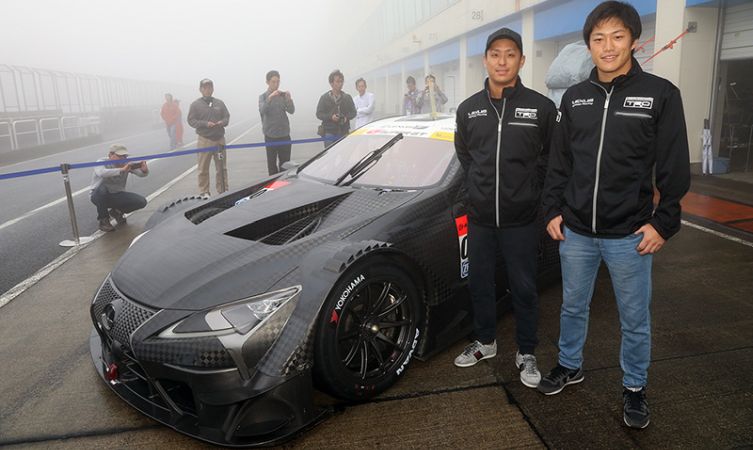 During the first two days the new Lexus showed encouraging, rival-worrying performance in all categories. Although dense fog curtailed all track action on the third day, hardened Super GT fans were compensated with the rare opportunity of early access to these vehicles in the pit lane. 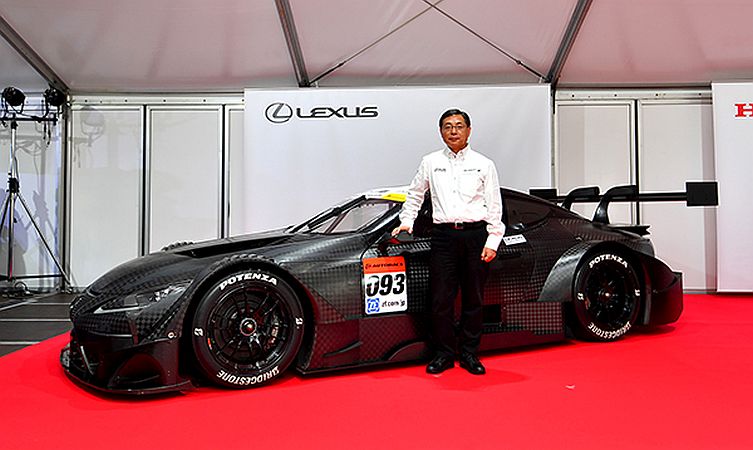 In terms of specification, cars for 2017 will be faster than ever yet have 25 per cent less downforce to reduce cornering speeds. Meanwhile, the implementation of 2.0-litre, four-cylinder engines is designed to improve fuel efficiency. Tyres will also be required to last longer.