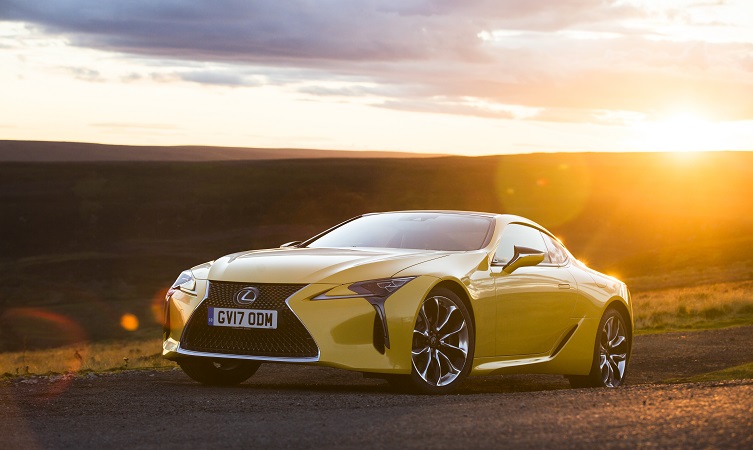 The Lexus LC coupe is in contention for two 2018 World Car Awards, being one of three finalists announced for both the World Performance Car and World Car Design of the Year titles.

A panel of 82 automotive industry journalists from around the globe will determine the ultimate winners, which will be announced at the New York International Auto Show on 13 April.

The LC, launched in summer 2017, is a flagship coupe for Lexus. Its radical styling broadcasts Lexus’s future design thinking and has already earned the model a distinguished EyesOn Design award at last year’s North American International Auto Show in Detroit. The LC was also named best coupe in the 2018 UK Car of the Year Awards.

The LC’s engineering is every bit as advanced as its design. It is available with a choice of two powertrains: the LC 500h uses a petrol-electric hybrid V6 powertrain equipped with Lexus’s new Multi Stage Hybrid System, while the LC 500 is powered by a naturally aspirated 471bhp V8 engine, coupled to the world’s first ten-speed direct shift automatic transmission.