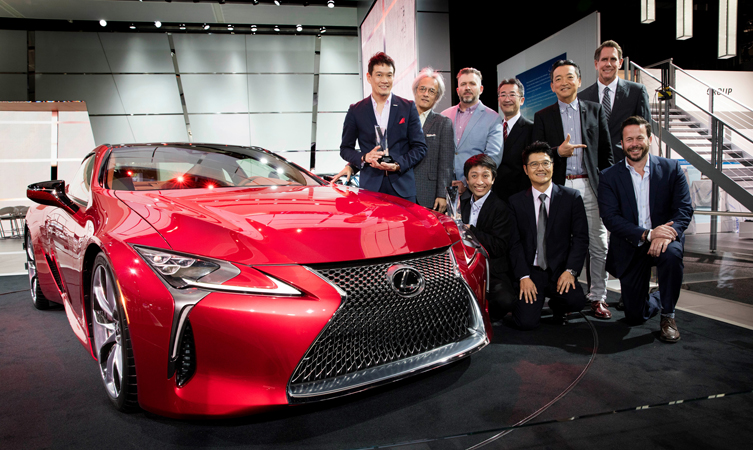 Four years ago the Lexus LF-LC was named the Detroit motor show’s best new concept car design. Now the Lexus LC 500 coupe, the production coupe it has directly inspired, has been similarly rewarded with the EyesOn Design awards for both best new car exterior and interior styling.

The awards are presented to the production and concept cars making their global debut at the North American International Auto Show, with winners selected by a team of past and present vehicle design chiefs and design academics from leading art colleges.

The LC 500, unveiled for the first time on Monday, was created by Lexus Design in Japan. The car’s development marked a significant shift in approach for Lexus, with unprecedented collaboration between the design and engineering teams.

This close co-operation from an early stage was critical in successfully preserving so much of the original concept’s quality in a viable production model. The visual drama of the LF-LC has been maintained in the LC 500, signalling a future exhilarating and progressive design direction for Lexus.

Tadao Mori, the LC 500 Chief Designer, said: “I am so honoured to receive the EyesOn Design awards for best interior design and design excellence from our design peers. The LC 500 is a clear result of the passion, hard work and collaboration between the designers and engineers to start a new chapter for Lexus.”