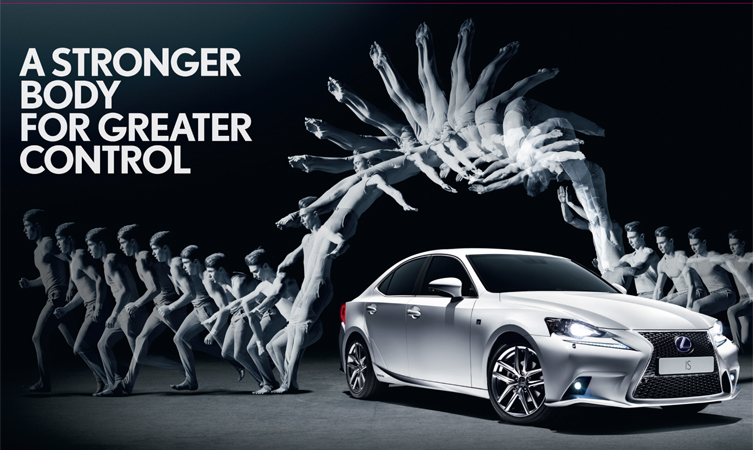 Flow sees gymnasts leap over and around an F Sport White IS 300h as it navigates through a monochromatic hangar-like space.

The car captures Lexus’ Amazing in Motion brand identity, leaving light trails as it passes through the picture. The gymnast’s movements are shot using a similar mise-en-scène as they perform their complex moves around the vehicle. Just like the gymnasts, the Lexus IS has an incredibly strong body for precise control.

All through the video is the thumping track called Hate or Glory, by French techno artist Gesaffelstein.

The gymnasts are Lucas Wilson, a professional freerunner who lives in Frankfurt and Christopher Lenoury, a champion French gymnast.

But of course, for us the star of the video is the Lexus IS. Just like Christopher, the Lexus IS is a true champion, its most recent award being Best Car in the Auto Express Driver Power 2015 survey.

To find out more about the Lexus IS, or to book a test drive, visit lexus.co.uk.