Skip to content
Home Other Lexus Hoverboard: The science 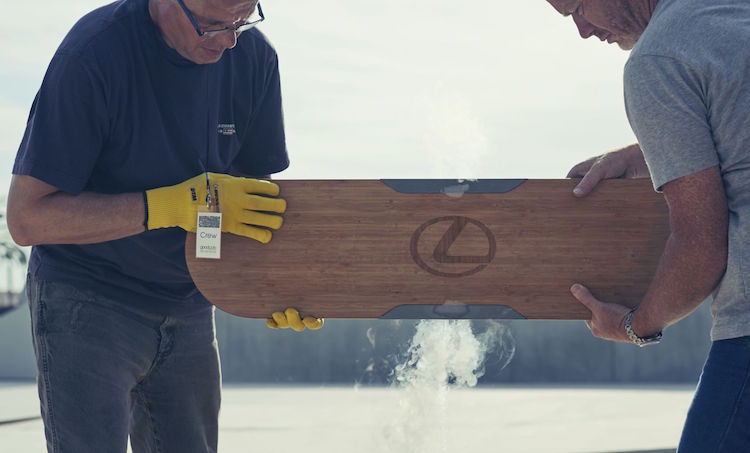 Continuing our series of posts on the amazing Lexus Hoverboard, we turn our attention to the science that made the impossible, possible. This latest project in the Amazing in Motion series from Lexus has wowed people around the globe with its incredible levitating hoverboard. So much so, that when it was first teased it left many wondering if it was too good to be true.

But it’s not an illusion or a trick – it can be explained by science. The latest behind-the-scenes video features magnetic levitation engineer Dietmar Bergar and Professor Ludwig Schultz, a pioneer of superconducting levitation, explaining how they harnessed the powers of super-cooled, superconducting magnets to get the Lexus Hoverboard project off the ground – literally.

It’s clear from the video that even the experts were taken aback by Lexus’s goal of pushing the boundaries of the technology – for instance, they didn’t just want a straight track for the hoverboard to ride above, but one with inclines and gradients, sweeping curves and jumps.

For more on the Lexus Hoverboard project, see the posts below, and if you’d like to join in the conversation on social media, please do so using the #LexusHover hashtag.