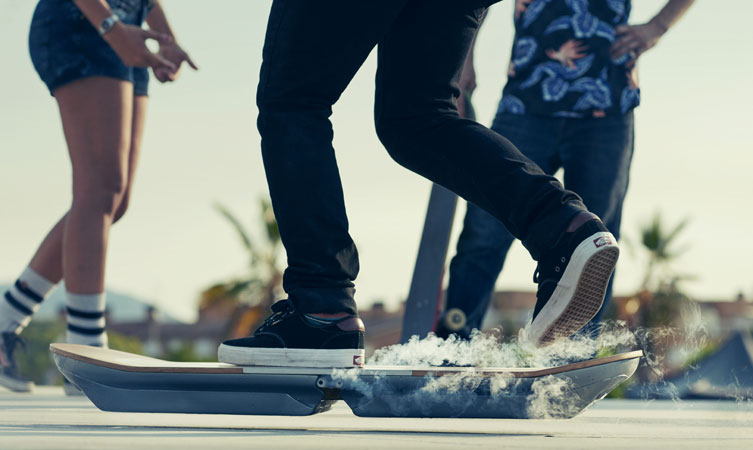 Our Lexus Hoverboard video has caused a huge stir, with footage of pro-skater Ross McGouran effortlessly gliding over a purpose-built hoverpark in Barcelona being watched all over the world.

In this latest hoverboard video you can get the inside line on the ups and downs the team experienced as the board underwent testing in Dresden, Germany.

The Lexus Hoverboard project began 18 months ago through a collaboration with a team of scientists at the research institute, IFW Dresden and evico GmbH, who specialise in magnetic levitation technology.

Our hoverboard test rider Ross McGouran began working with the team at the start of 2015. The hoverboard’s unique properties mean it can do things that no skateboard could ever do, therefore the rider needs to adopt different techniques in stance and balance to skateboarding.

Ross effectively has to learn a whole new skill to master the hoverboard.

“I started skateboarding when I was seven or eight, but this is like starting again from the beginning,” said McGouran. “It’s like nothing I’ve ridden before.”

A true pro, Ross wanted to do more than ‘just’ glide on air. He wanted to jump.

“The scientists told me I could never make it jump,” he told tech website T3. “The magnetic force is really strong, so making it break free from the hidden track to get air meant I had to go at the jump with stupid amounts of speed. I made it, but landing wasn’t easy.”

The whole project wasn’t easy, but not impossible. As Lexus chief engineer Haruhiko Tanahashi says: “There is no such thing as ‘impossible’ – it’s just a matter of figuring out how.”