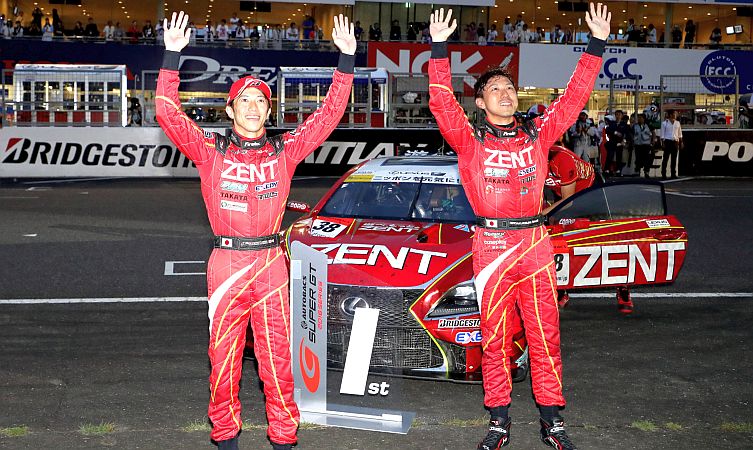 Super GT is Japan’s premier motorsport series. Based on road-going models, you could say it is like a mixture between touring and GT car racing, with strict regulations to cap power and team expenditure – the purpose of which is to make the series more exciting to watch and more accessible to compete in. 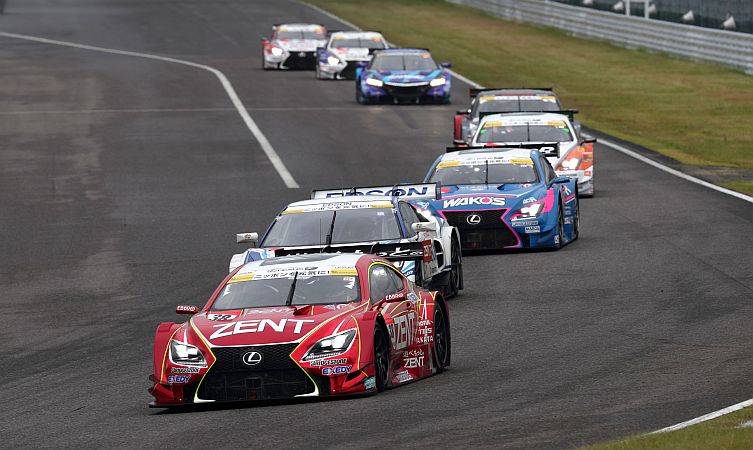 In that respect, last weekend’s action at Suzuka Circuit was as spectacular as you would hope, marking another show of strength for the mighty Lexus RC F.

The Suzuka 1000km is the most feared and revered endurance race in the Super GT series, being more than three times longer than the majority of races in the calendar and held under sweltering high-summer temperatures. 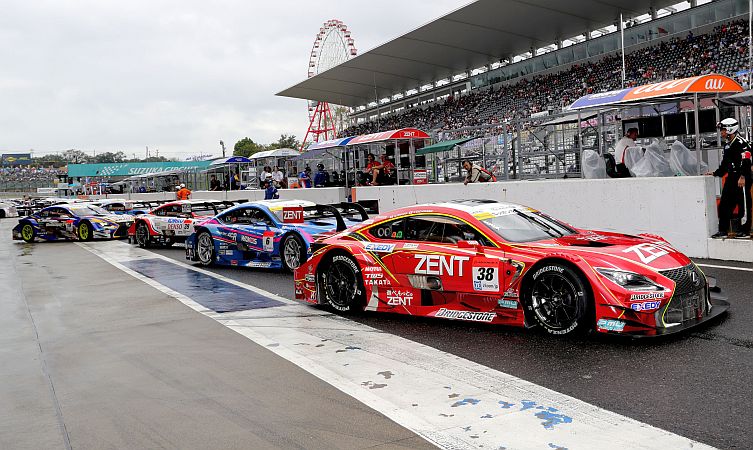 Against these severe conditions, competitors running Lexus RC F models emerged victorious, dominating the podium and seizing half of the top ten places. More than that, this was the third consecutive year that Lexus had set a decisive one-two finish with its high-performance coupe.

During a race that lasted approximately six hours at average speeds of over 100mph, it was the #38 Zent Cerumo RC F of Yuji Tachikawa and Ishiura Hiroaki that rose to the top in an outstanding display of driving. 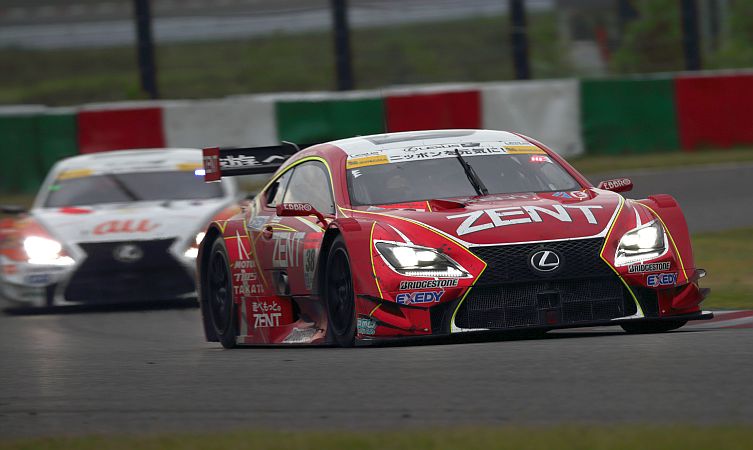 Despite track temperatures in excess of 30°C, early rainfall and ominous-looking clouds made tyre choice less than straightforward. However, most competitors gambled on slick tyres, predicting that the track would not be soaked again before the first of the five required pit stops.

The #38 car started from eighth on the grid but Tachikawa-san was pedal-to-the-metal from the outset, leapfrogging into fourth position by the fifth lap and closing in on the top three by lap seven. At lap 22 – three rounds before the first routine pit stop – Tachikawa’s hyper-driving had put the Zent Cerumo team in the lead. 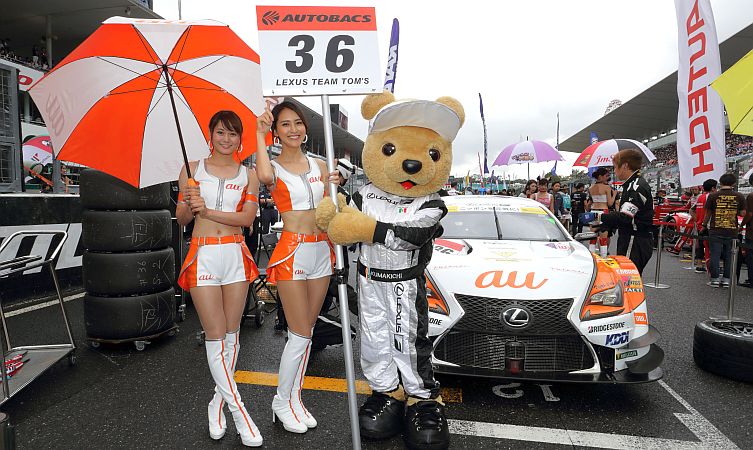 That lead was maintained immediately after the handover to Hiroaki-san, but another Lexus looked to be on a similar path to the podium. Daisuke Ito’s #36 au TOM’S RC F had also moved up the grid, starting from a disappointing 11th yet now having blasted its way toward the top three.

The second round of pit stops began from lap 52 onwards, and by patiently waiting until lap 58 the Zent Cerumo team maintained its position. By this point, however, the heat of battle was beginning to show. The second position car erupted in flames and was forced to retire, gifting second to the third-place runner. Not long afterwards, an impetuous move under the yellow flag was penalised with a ten-second penalty, rewarding the au TOM’S RC F with a rise from fourth to second and the #6 WAKO’S 4CR RC F to third place with no apparent effort from either driver. 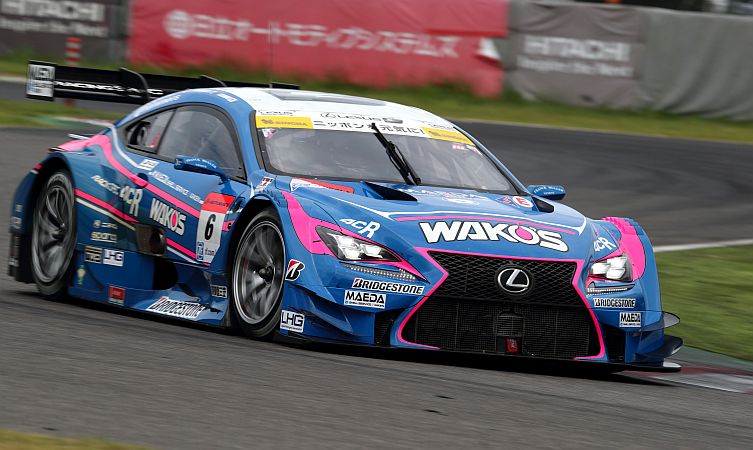 With three Lexus RC F models leading the field during the middle stages, you could say that a family feud began. A speedy pit stop on lap 115 helped the #36 RC F take its turn at the front of the pack, but the return of rain on lap 125 lead to another series of shake-ups.

The west side of the track saw the heaviest downfalls, with many competitors coming off the track at Spoon Curve. However, it was around this very bend that Tachikawa, now back at the helm of car #38, donned his brave boots and overtook Cassidy in the #36 RC F on the 129th lap. 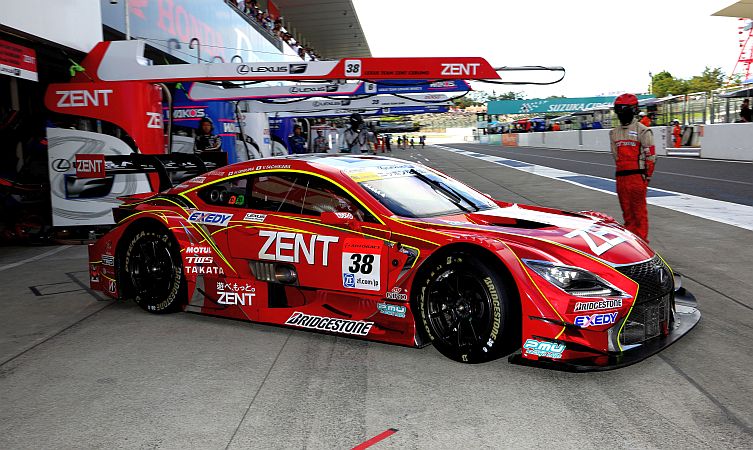 The two RC Fs continued to battle for the lead throughout the remainder of the race, but the Zent Cerumo team gradually increased its lead, even through the final routine stop at the end of lap 142. Eventually taking the chequered flag, this impressive performance also brought the Lexus RC F its deserved first win of the season. 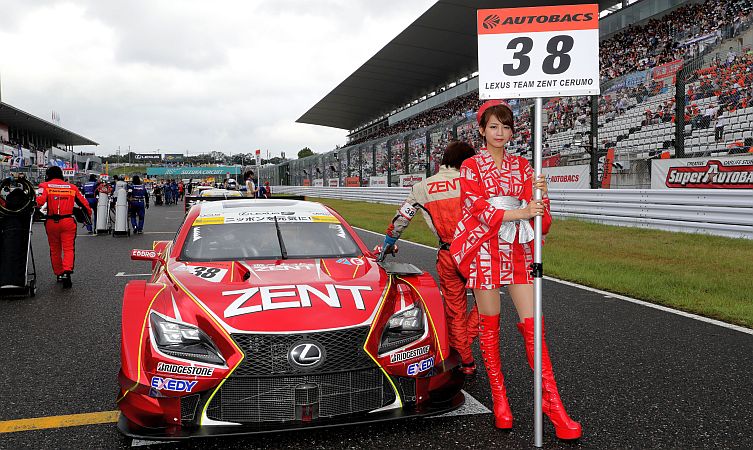 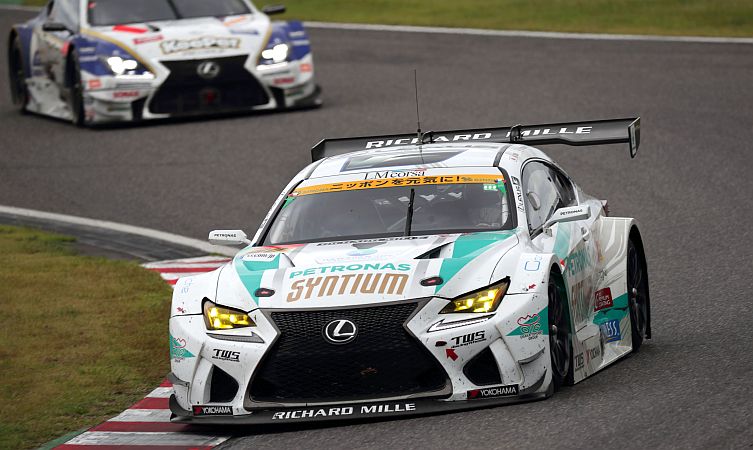 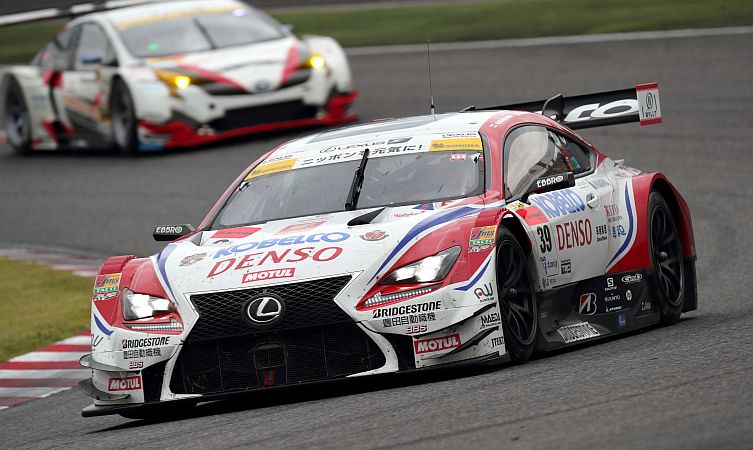 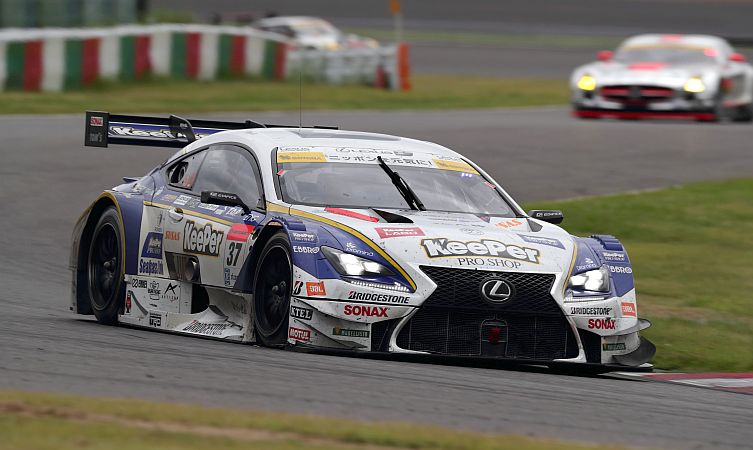 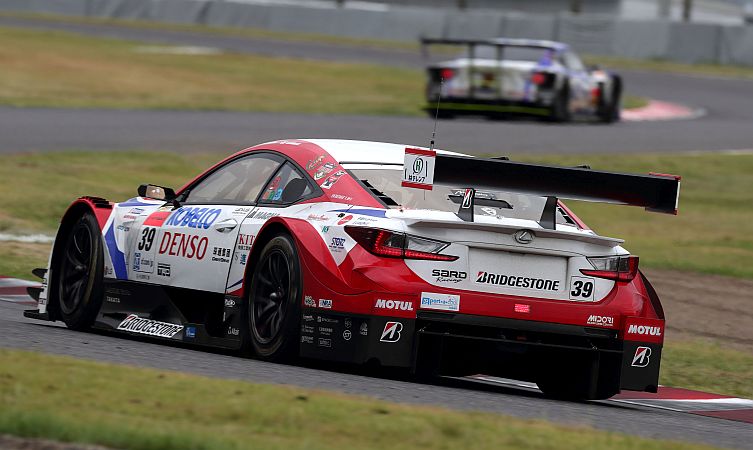 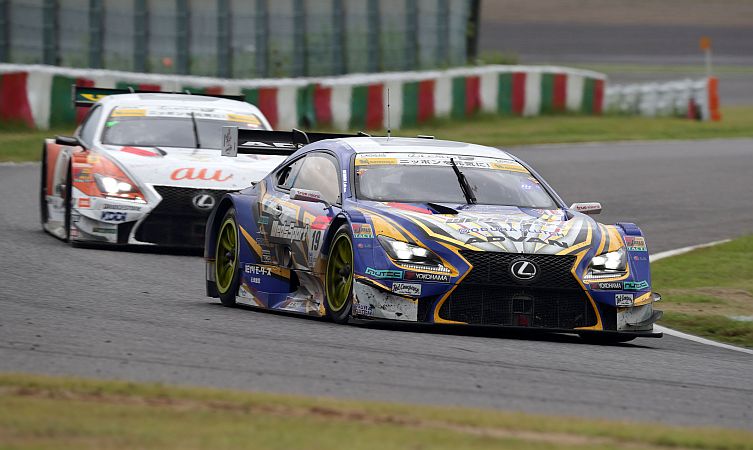