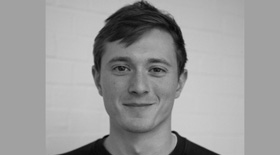 The results are in, and the winners of the second Lexus Design Award are gearing up for Milan Design Week, where their conceptual works will be displayed among the glitterati of the creative world.

One of the winners of the competition’s top prize is London-based designer James Fox, aged 24, whose project ‘Macian’ is being supported by recycling design entrepreneur Arthur Huang and will be worked up into a full prototype in time for the show.

Macian is a set of connector-like parts that allow children and young people to make dens and fortresses out of found materials like branches, sticks and planks.

We caught up with James earlier this week to find out more about his design and his work.

Lexus Blog: Congratulations on your win, James. We’d like to know more about Macian – what is it?

James Fox: The original concept I had was based on ideas I had around design that’s there to be used – a product that’s a verb rather than a noun – so it’s a ‘doing’ product. I’m interested in the line between prodcut and experience something to do and use.

The theme of the Lexus competition was ‘Curiosity’ and I think the idea of doing things and play connects really well. I loved building dens when I was younger, so I did a bit of work with cub scouts and asked them: “What do you think a den should be?”. All of the ideas and their suggestions were quite big and crazy and then we got to try and build some of this stuff, they were a little daunted by the ropes and tools you need to create a real den, so Macian is my attempt to make that process simpler and easier.

It’s a group of components which are designed to empower the user as they can be used with hands alone – there’s no need for screwdrivers and you can essentially click everything together.

There’s a male and female component which click together and you use them as the connecting points between the materials you’re using to build the structure, whether that’s sticks, branches or boards. I like the idea of using found or waste materials in the place of things you’d use to make a house like iron girders and RSJs.

LB: What does the word ‘Macian’ mean?

JF: ‘Macian’ is a bit of a working title really – it’s an Old English verb that means ‘to make’. I like the idea of getting back to an older way of playing as a contrast with lots of modern toys and games, which are becoming more electronics- and technology-focused.

LB: How’s the prototype coming along?

JF: The prototype process is going pretty well. It’s quite slow going at the moment but there is an awful lot to do.

I’ve been speaking with a company called Proto-Mould which does injection moulding and works out the best way to fabricate something based on your 3D model. I actually have half a dozen prototypes sitting at my desk and I’m adapting them and thinking about how to make them stronger.

Arthur Huang has given me a lot of support by helping with the analysis of my drawings, calculating the strengths and load bearing capacities so we know the exact limitations of the parts and what they can do. It’s nice because we know if we are building some sort of structure we can be confident how far it can be taken it in terms of weight, and how many parts you need.

LB: How did you become a designer?

JF: I have always been into design, even at school I was always in the art room doing sketches and trying to imagine things I’d like to make. I went on to college to do a foundation in art & design and then to Brighton University where I studied 3D Design.

I’ve been based in North London for just over a year and a half working at an exhibition and experiential design company and a day a week from home where I work for a German kitchen company.

I think it’s nice to see design as a process you can apply to a lot of different fields – exhibition design and product design are completely different but you can follow a similar methodology and use some of the same principles in your work.

LB: How would you describe your style of design?

JF: I do a lot of stuff outside of work on my own and that’s the work I’m really interested in. I suppose everything I do is quite minimal and utilitarian. I often end up creating tools so may be there’s some sort of theme there!

I suppose that’s what this is all about as well – helping to nail down my interests and what I want to do with my designs.

LB: Who or what inspires you in the design world?

JF: I saw a lecture at the RCA by Max Frommeld who developed a ‘pop-up’ boat that could be pressed out of a single sheet of plastic – it was like Origami and it offered a really simple and easy way for people to get an experience of sailing. I loved the idea and wanted to create something with an experience at its heart.

Tom Kelley at IDEO is a also real inspiration – I fell for the research and methodology they use. It’s very user-oriented , so they make sure they do loads of work in studying how people live and might use a product at every stage of its design. They won’t assume anything and they’re constantly asking: “How do we give people what they need?”.

They’re very interative in their approach and they don’t follow a set plan but they really get to the heart of what they’re trying to create.

LB: How are you looking forward to Milan?

JF: I’m really looking forward to Milan, but there’s a fair amount of work left to do before I’m there!

I’m developing Macian in my own hours as I am still working full-time but it’s great knowing that it’s going to be worth putting the work in.

I will be there for 10 days. I have been two or three times before but I’ve only had a short time to explore. Milan during design week is a great place to be, the energy is really good and there are lots of interesting people to talk to and it’s a great opportunity to have my ideas out there in front of people.

LB: Thanks for your time James.