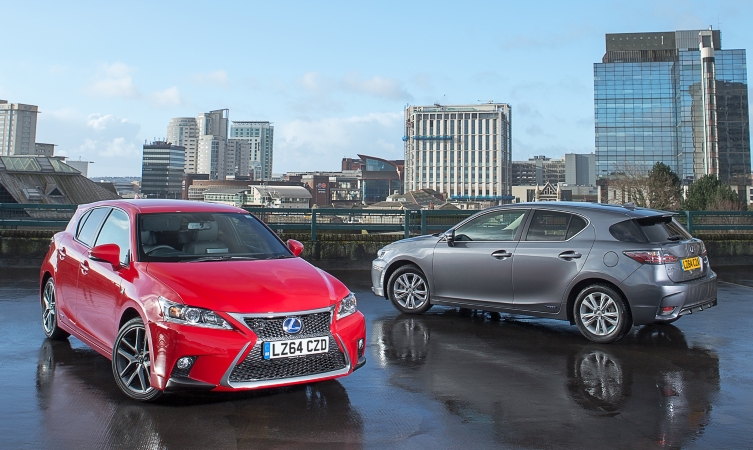 The environmental credentials of the Lexus CT 200h have been proven once again: the compact hybrid has been named the overall winner and best in the compact class of the German ‘Car Environmental List’.

The list focuses on environmentally and socially-responsible mobility and is organised by Traffic Association Germany (VCD). The CT 200h also took the top position in 2011 and 2014, highlighting its long-standing competitiveness in this important area.

VCD assessed over 400 cars when compiling this year’s list, considering not only CO2 emissions, but also noise and emissions from other pollutants. The CT 200h’s innovative Lexus Hybrid Drive powertrain stands out thanks to its low carbon dioxide emissions – which are as little as 82g/km for the latest CT 200h S model – and impressive fuel consumption of up to 78.5mpg on the official combined cycle.

The CT 200h’s success also reflects its low noise impact, a facet of the premium compact that was recognised by the UK Noise Abatement Society when it became the first car to receive the internationally recognised Quiet Mark. We explored this aspect further in our Art of Noise video, which you can view below.

For more information on the Lexus CT 200h or to arrange a test drive, please head to the Lexus UK website, or leave a message below and we’ll be in touch.