Skip to content
Home Brand Stories Lexus CT 200h on show in the UK: Harrods and beyond 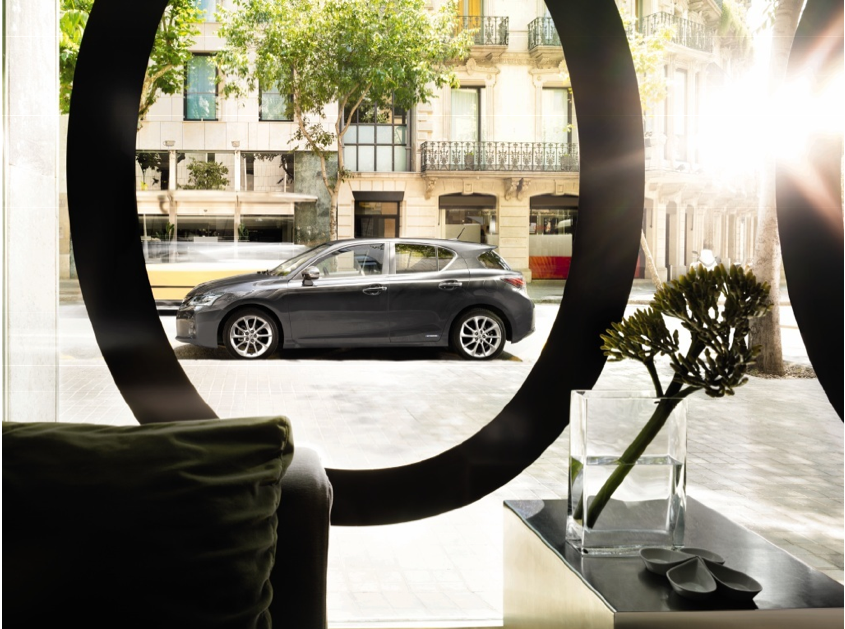 The new Lexus CT 200h is making its UK debut this weekend. As we revealed back in October, the world’s first full hybrid luxury hatchback is taking centre stage at one of London’s most famous landmarks – Harrods.

The CT 200h will be unmissable as shoppers along London’s Brompton Road take a break from the usual Christmas window displays to see the car in full view.

The new Lexus hatchback will be joined by another hybrid star from the Lexus range, the RX 450h SUV, as well as a dedicated Mark Levinson area.

The Lexus display, including CT 200h, will be in Harrods from this Sunday, 12 December, for five weeks.

If you’re not planning to head to Harrods for a spot of Christmas shopping, or you would prefer to see the new CT 200h a little closer to home, we have some good news.

The first date for the CT 200h UK shopping destination tour has now been confirmed. Lexus is taking the CT 200h to The Trafford Centre in Manchester for three days from 16 December.

Extra destinations across the UK will be confirmed soon – we’ll update the blog and the Lexus UK Facebook page as soon as they are announced. Click here to RSVP and invite your friends along to see the new CT 200h.