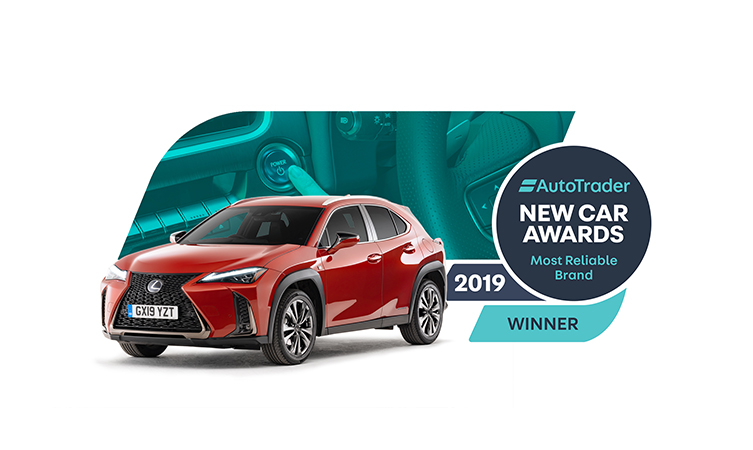 Britain’s motorists have named Lexus as the nation’s most reliable car brand for a second year running in the Auto Trader New Car Awards.

The Auto Trader New Car Awards are based on a survey of more than 63,000 UK car owners, covering all aspects of the vehicle ownership experience.

Lexus was given the highest approval rating by owners, reinforcing its reputation for luxurious quality and impressive reliability.

It has maintained its leadership in the rankings at the same time as it has widened its appeal and market reach with a succession of new models. These include the new UX compact SUV and ES mid-size saloon, both introduced earlier this year, and the RX L, a purpose-designed, seven-seat version of its luxury SUV.

The enthusiasm for Lexus further reflects the growing appeal of its self-charging hybrid technology, now featured in around 99 per cent of the cars it sells in the UK. Lexus introduced hybrid to the luxury car market and, with 15 years’ experience and leadership, has continued to hone its qualities for exceptional efficiency and greater driving rewards.

Erin Baker, Auto Trader’s Editorial Director, said: “It comes as no surprise that Lexus has been voted as the most reliable car brand; it’s long been well-known for its reliability. Owners praise the brand for its great customer service and the quality of its cars.”

Ewan Shepherd, Director of Lexus in the UK, said: “Winning this title for a second year is especially rewarding as it shows how we are increasing our brand reputation for reliability at the same time as we are expanding our model range. It also demonstrates the success of the core commitment of everyone in Lexus to always delivering amazing experiences.”