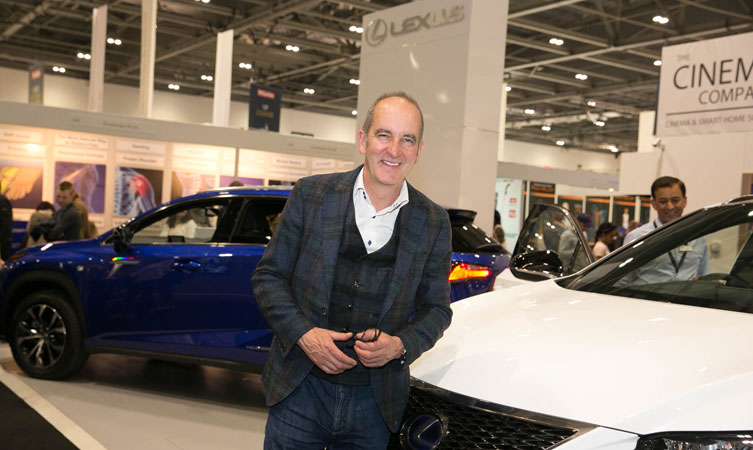 “It used to be that cars were no fun, until you could reach the pedals,” says Kevin McCloud. “Now just look at all the buttons you can press and features you can play with!”

The host of Grand Designs is leaning in through the window of the RX on the Lexus stand at Grand Designs Live. He’s talking to a boy of about 10 or 11 who is in the driver’s seat playing with the Remote Touch system, flicking through the menus like a pro.

The boy jumps out of the front seat and Kevin slides in. He, too, doesn’t waste any time pushing the buttons, touching the leather and pulling at the door handles.

It’s Bank Holiday Monday and we’re halfway through the third day of Grand Designs Live, at London’s Excel. Kevin has been hosting debates and Q&A sessions on the Grand Theatre stage but has taken a break to visit the Lexus stand in the Grand Technology section of the show. 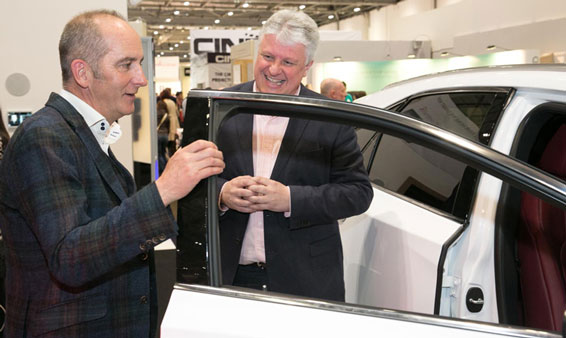 We wanted to speak to Kevin about the interior design of a car, hence the interview inside the RX, and he’s already warming to the topic before the first question is posed.

“I’m rather unfashionable in that when I look at a car, first I look at its environmental performance and second its interior.

The well-crafted thing is devoutly to be wished for. It’s something which improves our everyday experience – Kevin McCloud

“If the environment inside the car isn’t beautiful and stimulating, well made and crafted, it just feels like I’m sitting inside a plastic toy. And I don’t enjoy that, so for me actually the interior of the car is more important than the exterior.

“I’ve had some very ugly cars in my time but they had beautiful interiors.”

Last year, at Grand Designs Live at the NEC, Kevin opened the show by driving our cardboard IS. The idea for this project came from the origami dexterity test taken by Lexus Takumi craftsmen and women. 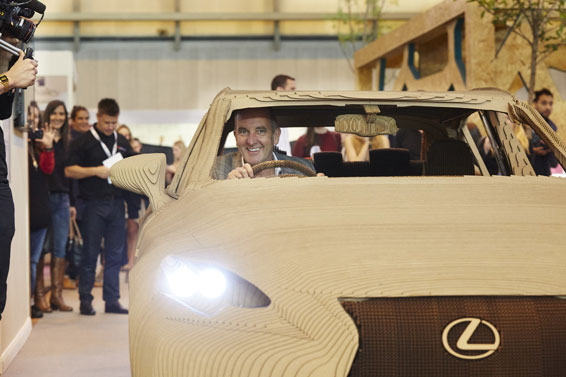 See also: How to make an origami cat

The fruits of Takumi craftsmanship is evident inside the new RX. As he speaks, Kevin is pressing the leather on the dashboard and touching the aluminium audio and climate controls, constantly getting feedback about the car from his fingertips.

“We are very used to judging things with our eyes, but after sight, touch is the most sensitive of our senses. And we don’t pay enough attention to it,” he asserts. “The feel of metal, its coldness; or this leather – authentic materials beautifully assembled and crafted – under the fingers feels very, very different. 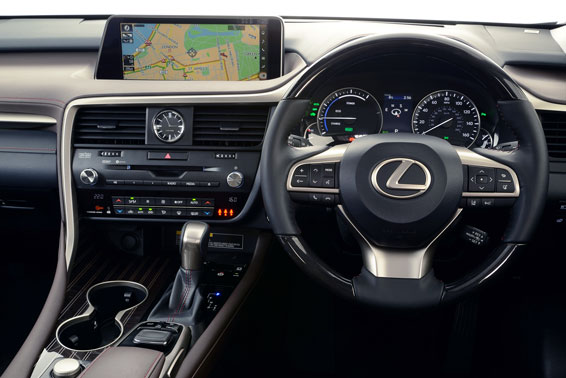 “The lovely thing about sitting here and touching the metal and leather and other materials is that the moment I touch them I can enjoy the tactility.

“When you press a button,” he explains as touches the steering wheel-mounted controls, “it should have a positive engagement. Just as the steering ought to provide feedback on the road, so the button under the finger should have the right resistance.

“The well-crafted thing is devoutly to be wished for. It’s something which improves our everyday experience.”

Our interview is drawing to a close, but we’re keen to show Kevin some pictures of the new LC coupe, which provides a look into future Lexus design.

“Oh wow,” he exclaims. From the exterior pictures we move onto some interior photos (see below). “It’s absolutely beautiful. Oh my word, it’s exquisitely done.” 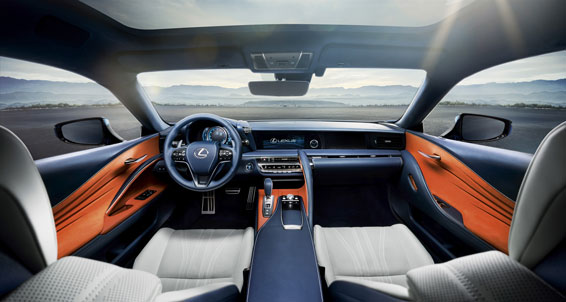 It’s interesting to see him getting excited over some photos – he’s yet to see the car in the metal – and as stated earlier he’s more interested in cars with greater environmental performance.

“Other than those flashes it’s very restrained. Actually, I’m now becoming very involved in this car, already.” He smiles as he climbs out of the relative quiet of the RX and prepares himself to return to the hubbub of the show: “Let me know when you make an electric version.”