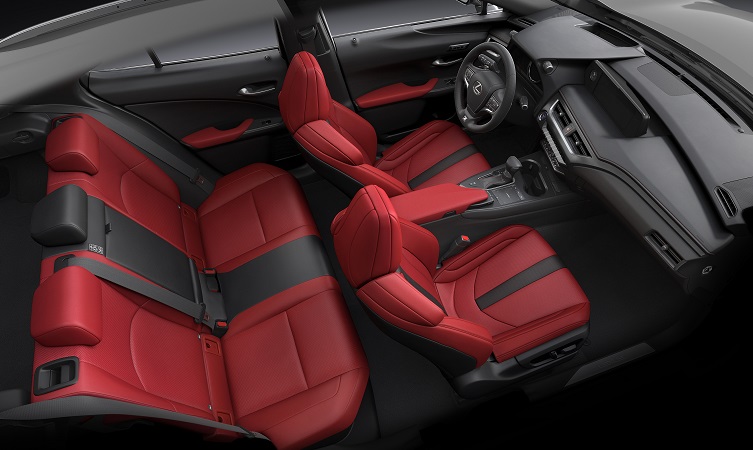 In creating the new Lexus UX, its designers sought to create a seamless continuity between the exterior and interior. The purpose was to offer the driver an excellent field of vision with a clear sense of the vehicle’s body dimensions. 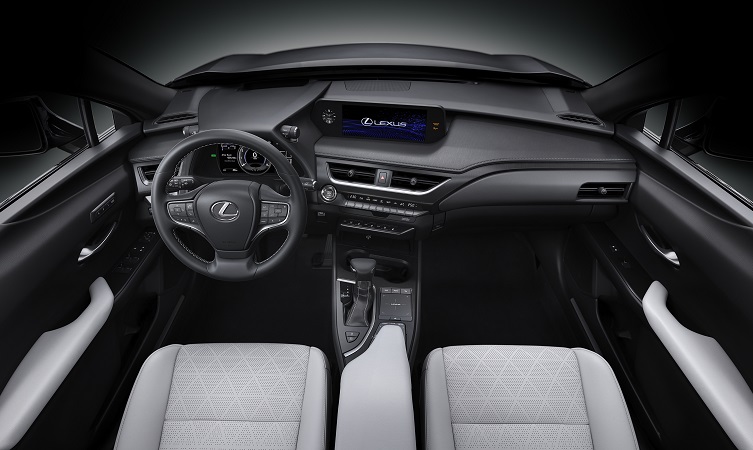 Looking from the driver’s seat, the upper section of the dashboard appears to extend beyond the windscreen; and from the outside, the bonnet appears to connect directly to the dashboard. It is an effect inspired by a traditional Japanese design concept which blurs the boundary between the inside and outside of a house.

In focusing the operation of all principal vehicle functions towards the driver’s side of the cabin, a relaxing atmosphere is created around the front passenger space. The dashboard has a low, unobtrusive design and the slim A-pillars improve visibility to offer the kind of commanding outward view expected of a crossover. 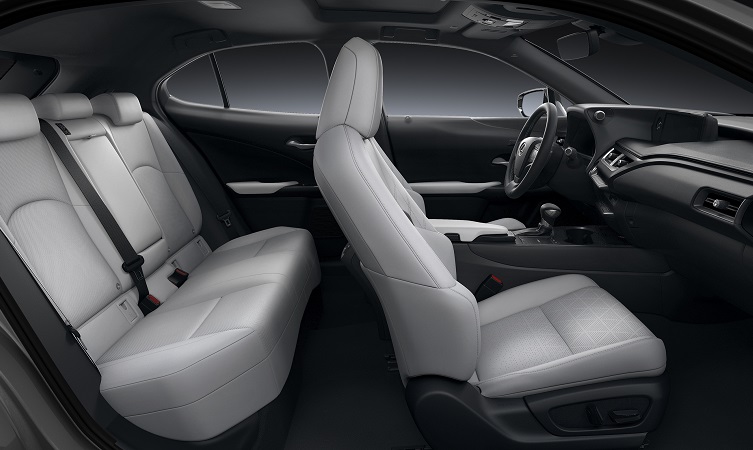 Chief engineer Chika Kako drew on her past experience in materials development and time spent working in Europe to help define the quality and appearance of the interior. She was particular in demanding an uncluttered, less-is-more approach to achieve the desired effect.

Kako explained: “In the course of [my earlier] work, I learned that even if the elements that make up the interior – such as the seats, instrument panel and ornamentation – are all made to a high specification, that doesn’t necessarily mean that the overall look will give an elegant impression.

“When it comes to determining whether an interior is good or bad, controlling the overall balance between continuity, unity and contrast is more important than the relative specifications of individual components.” 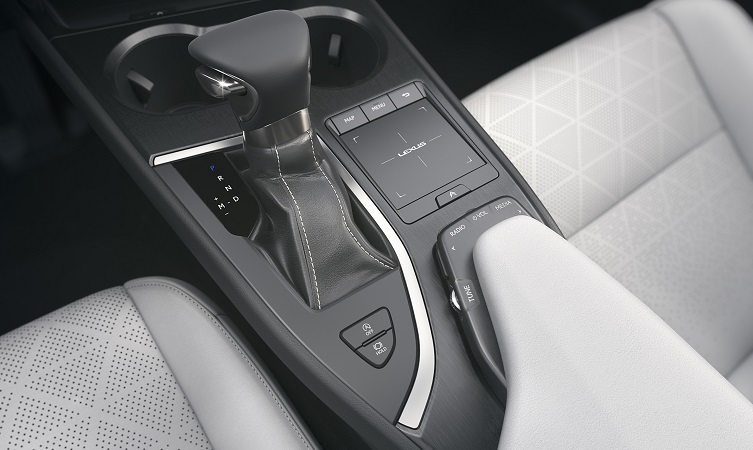 Particular attention was paid to the appearance and ease of use of the centre console, including the integration of audio controls into the end of the arm rest. In that regard, the shape of the seat backs was defined to make operation of these controls possible while maintaining a comfortable, natural posture.

Getting in and out of the vehicle has also been made easier and more comfortable through optimal placing of the hip-point, careful shaping of the seat bolsters and specially profiled sills below the doors. 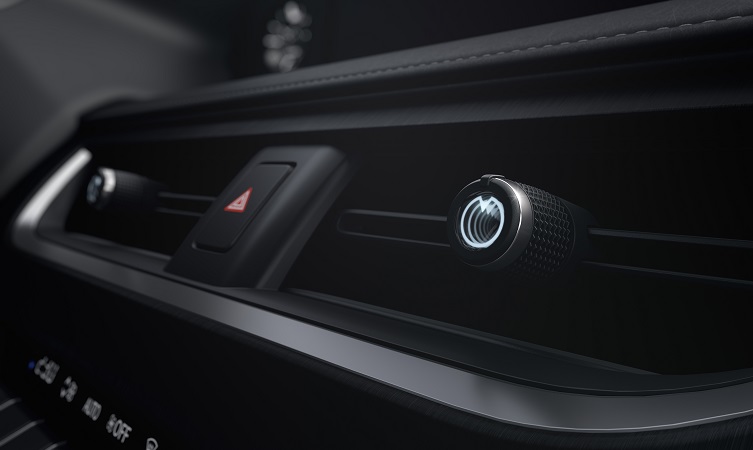 A small but particularly attractive element of the interior concerns the central air vents, which feature a new single-knob control for air flow direction and volume. Each control uses electromagnetic resonance to wirelessly power an integrated LED light source, which is then reflected using mirror optics to create the illusion of greater depth. It is the same design principle used to dramatic effect in the rear lenses of the Lexus LC.

The superior craftsmanship that defines Lexus vehicles is evident in the overall build quality of the new UX and in its fine detailing, such as the application of different, unique finishes in the cabin. 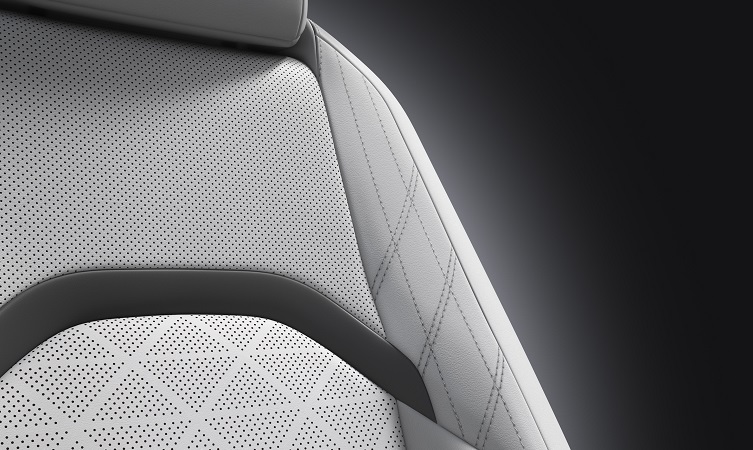 Superior craftsmanship is evident in the application of different, unique finishes

The smooth leather upholstery available in the UX is made using sashiko, a traditional Japanese quilting technique that is also applied in the making of judo and kendo martial arts uniforms. The quilted leather is decorated with new perforation patterns that form mathematical curves and gradations, to enhance the appearance of the seats.

The large, sweeping area of the dashboard presented an opportunity to accentuate the cabin’s atmosphere with fine-quality ornamentation. This is available in a choice of two grain patterns and four colours. 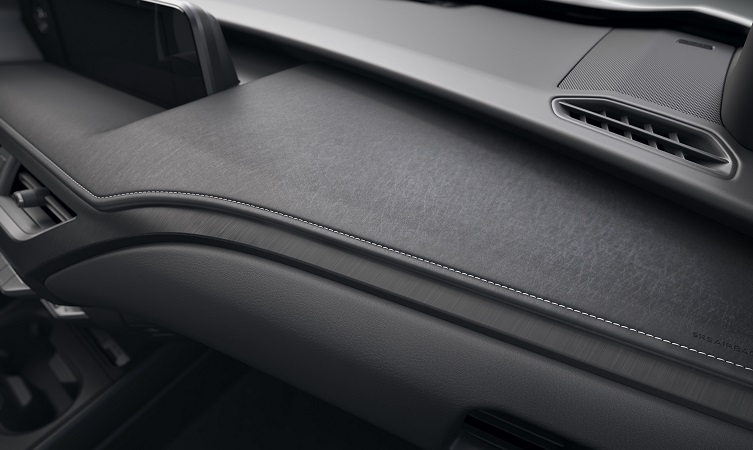 The first is a new trim finish inspired by the grain of Japanese washi paper, familiar from the screens used in traditional Japanese homes. Created using a slush-moulding technique and a carefully chosen surface finish, it evokes a calm and warm feeling.

A leather grain finish is also available. Shared with the LC coupe and LS flagship saloon, its inclusion creates a consistent quality across the Lexus brand. 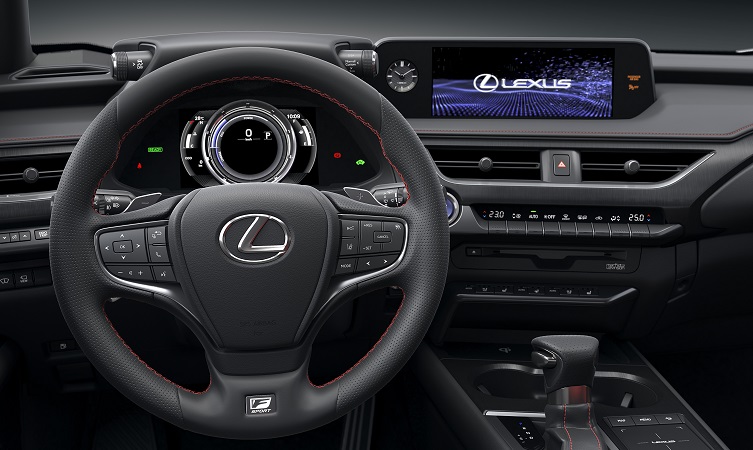 The Lexus UX F Sport model benefits from a number of exclusive features. These include sports seats made with a highly supportive integrated foaming technique, an eight-inch TFT colour display, and an instrument meter with a moving outer ring. The F Sport steering wheel and shift knob is covered in dimpled leather, while the pedals and footrest are made from aluminium. 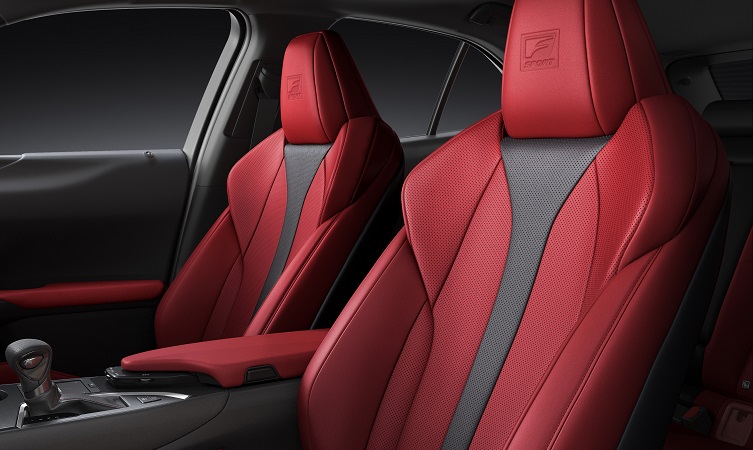