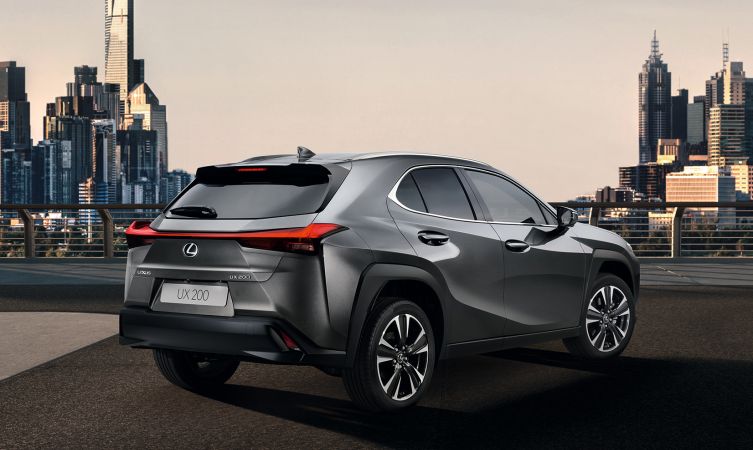 With the new UX, Lexus feels it has produced a model with a unique identity within the compact crossover class. Its exterior design immediately expresses the sense of security and solidity customers expect of a crossover. But equally, the UX communicates agility and a fun-to-drive quality through its sleek, attractively condensed appearance. 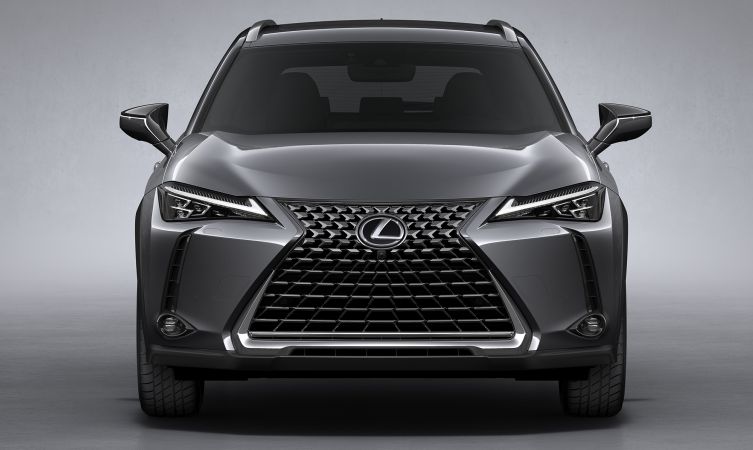 At the front, the arrangement of the headlights and spindle grille are incorporated into a deep, strong shape created by the bonnet and bumper to generate a sense of security. Shapes emanating from the grille envelop the cabin before condensing to form a dynamically angular rear treatment. Meanwhile, the wheel arches flare outwards from meticulously formed flanks to express strength and dynamism. 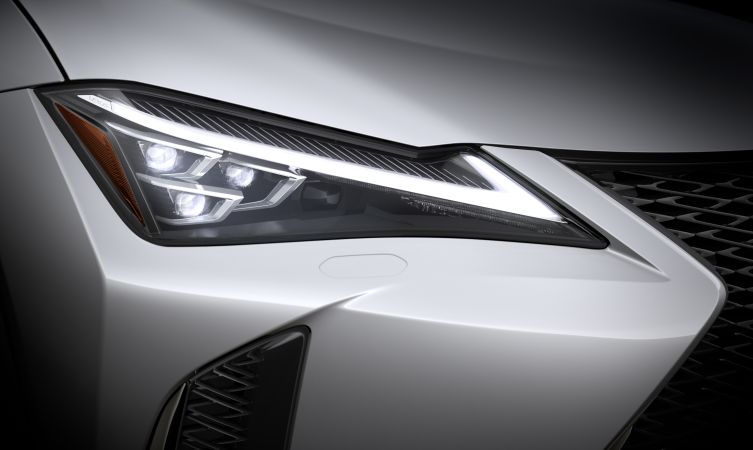 Details include daytime running lights located at the top of the headlight units in Lexus’s distinctive L-shape illumination signature. The spindle grille has a complex new mesh pattern with individual block-like elements that change shape as they radiate from the central Lexus emblem, creating an appearance that morphs according to the angle of view. 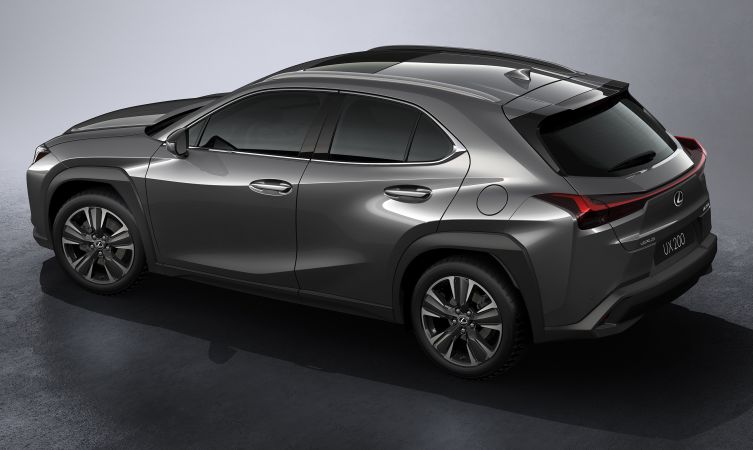 The rear lamps are particularly eye-catching

The rear combination lamps are particularly eye-catching in that they protrude from the body to become functional aerodynamic devices. These curved fins help prevent airflow from wrapping around the rear of the vehicle and keep the whole car stable when driving in crosswinds and cornering. 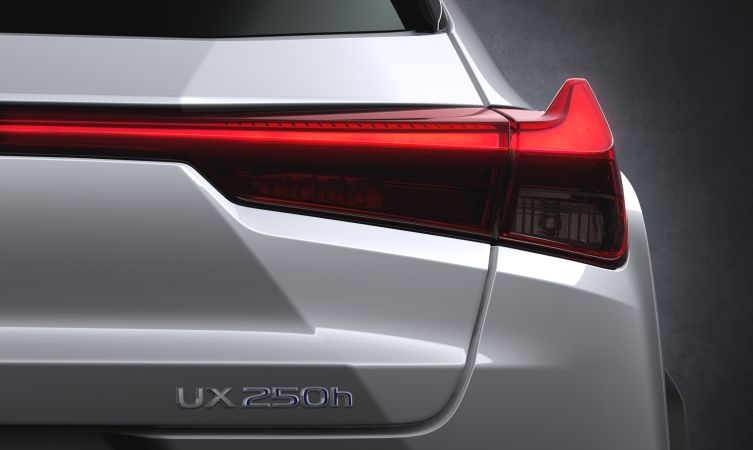 What’s more, the right and left units are connected by a continuous line of light across the back door – a design that is set to become a new Lexus signature feature. In this case it is formed by a sequence of 120 LEDs that taper gently toward the centre, measuring just three millimetres thick at its narrowest point. 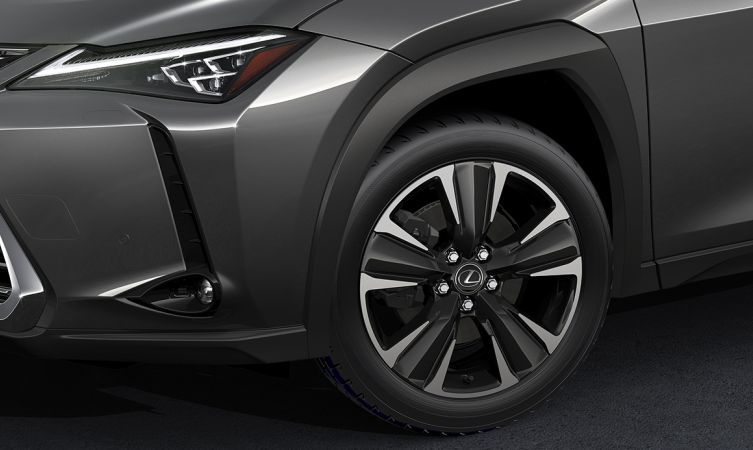 Four new alloy wheel designs have been produced for the UX, with 17- and 18-inch diameters. The five-spoke 17-inch wheels (above) feature a world-first aerodynamic profile that simultaneously increases airflow to cool the disc brakes while reducing wind resistance – two qualities that have been mutually exclusive until now. Even the wheel arch mouldings are precisely stepped in order to harness airflow and generate a stabilising effect when driving.

F Sport versions of the Lexus UX are clearly differentiated by styling treatments that emphasise the car’s low and wide form. At the front, an exclusive mesh grille references the Lexus F Sport bloodline, while extra impact is generated by larger fog light bezels. These latter features are detailed with L-shape chrome mouldings and the F-mesh grille pattern. 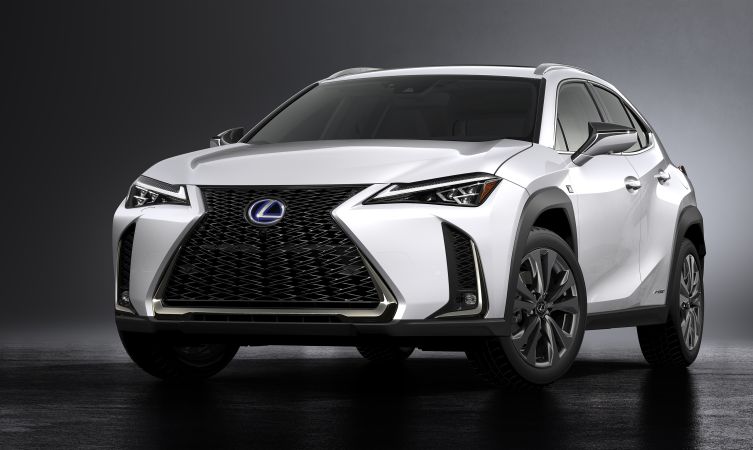 At the rear there is an exclusive bumper design with chrome highlights that echo those at the front of the vehicle. Jet black ornamentation on the front and rear mouldings create a sporty appearance, which is further reflected in exclusive 18-inch alloy wheel designs. 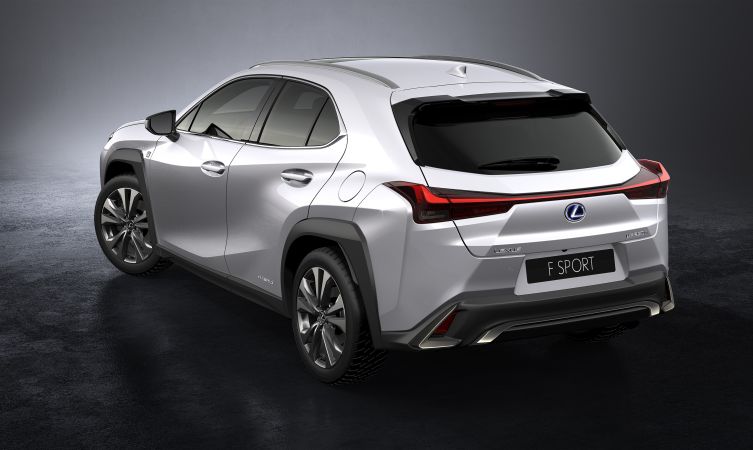 Learn more: Where does the new UX sit within the Lexus range?