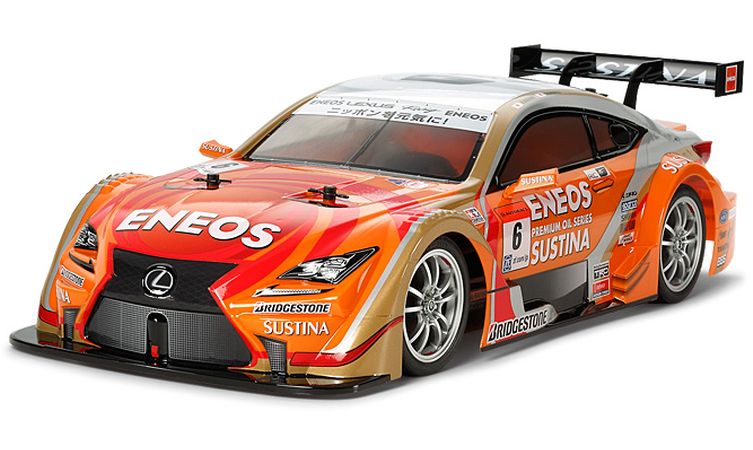 The order books are already open in preparation for the official arrival of the high-performance Lexus RC F in February 2015. But we know how you can own and drive one much sooner than that, and for a fraction of the on-the-road price too. It just depends on your definition of ‘driving’.

Japanese scale model specialist Tamiya has recently launched this 1/10 scale remote-control replica of the race-specification Lexus RC F. Emblazoned in the distinctive orange livery of its Eneos Sustina sponsor, the full-size racecar made its debut in the top GT500 class of Japan’s Super GT series with podium successes that bode well for the 2015 season.

Sat on Tamiya’s high-specification TB-04 chassis, the polycarbonate body of the model faithfully recreates the wide-body proportions of the Lexus RC F as well as important styling cues such as the trademark spindle grille, unique door mirrors and high-level race wing.

Interestingly, one of the standout features of the RC F Carbon road car – its adjustable Torque Vectoring Differential – is echoed in the Tamiya model by being able to ‘tune’ the gear differential performance with a choice of lighter or heavier oils.

Learn more about this new scale model by following this link to the Tamiya Online Catalogue.