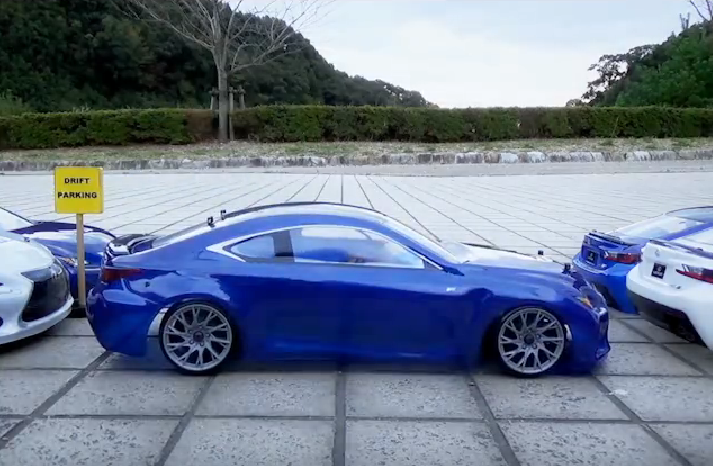 Have you ever met someone who doesn’t like radio-controlled cars? Thought not. That’s precisely why this series of short films and Vines from our friends at Lexus USA of 1/10 scale radio-controlled Lexus RC F performing perfectly executed stunt moves, has piqued our interest.

Produced in partnership with Japan-based modeler and videographer DRIFT 44, the five films – some Vines, some Facebook shorts – see the RC F tackle everything from drift parking to bowling.

DRIFT 44 was founded in March 2010 and has more than 47,000 YouTube subscribers. Watch all of the films below, and don’t forget to let us know what you think of them by leaving a comment!

Spin me right round