Skip to content
Home Cars & More Older Cars RX ‘I was there!’ Lexus fans report on a VIP gig night with Seye 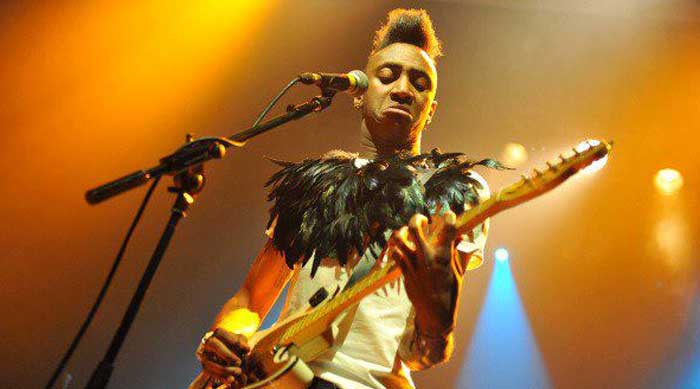 Seye has been described as ‘Fela Kuti for the Rinse generation’ by NME and The Observer went as far as to compare his debut single ‘White Noise’ with Paul Simon’s acclaimed Graceland album. The 23-year old is creating a stir on the music scene – and Lexus fans and owners enjoyed an intimate gig with him as part of our Discovering Amazing series.

Lexus treated four lucky competition winners and their partners to a VIP evening watching Seye perform live in the intimate setting of Momo’s boutique Kemia bar in central London. The prize also included chauffeur collection by RX450h, dinner at the atmospheric Momo souk, and – best of all – guest list entry to the gig.

The Lexus owners and fans won their prize after entering our exclusive competition, Discovering Amazing: Finding Britain’s Hottest Talent. Lexus has teamed up with Cameron Jenkins, the head of Stranger Records, to scout for the most talented emerging performers who deserve a break in the music industry. And we are still welcoming your nominations – simply tweet your suggestions to @OfficialLexusUK with the hashtag #DiscoveringAmazing.

Suman Roy, an iPhone app developer from west London, was pleasantly surprised to be chosen as one of the winners of the VIP evening. “I’m a Lexus fan and former owner, so I follow the Lexus Facebook feed and tried my luck when I saw the competition,” he said.

Suman has owned two Lexus models in the past and has his eyes set on another: “I will be treating myself to an approved-used Lexus GS450h in April, for my birthday!” But how did he rate Seye, an artist he hadn’t heard of before? “The atmosphere at the gig was intimate and friendly. Seye is a very talented singer and guitarist and he deserves to make it big. If anyone should break through, he should. I looked him up after the gig and saw he is supporting X-Factor finalists, so I hope he makes it.”

Heidi Garrick, a marketing manager from Surrey, didn’t expect to win with Lexus. “I was surprised – and pleased I entered!” she said.  She traveled to see Seye with her husband David in the latest Lexus RX450h and was impressed. “David’s parents own the older RX400h and this one rides very smoothly and the seats and quality of leather are superb.”

Heidi and David hadn’t encountered Seye before, describing themselves as ‘more U2’, but they enjoyed his set immensely: “I would recommend him to anyone. It was a short gig but the crowd was really into it and from what we heard of Seye, he is talented.”

Moez Adamjee, a data analyst from Middlesex, is a Lexus fan, the LFA supercar in particular, and his parents own a CT200h.

He also spotted the Discovering Amazing competition on Facebook, and came away from the night suitably amazed, saying: “Seye is so talented. The Beatles, Rolling Stones, Madonna and Lady Gaga all had to work hard for their success and I can see Seye is doing the same and has the potential to go far. It’s a hard industry but I wish him every success.”

As part of its Discovering Amazing series, Lexus will be hosting more gig nights next year. So watch this space…

Head to the Lexus UK website to find out more about the Lexus RX450h.