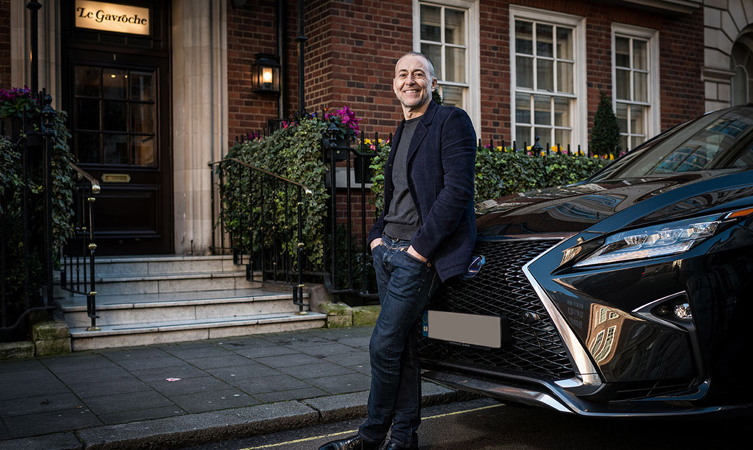 This competition is now closed.

We’ve put together an amazing, money-can’t-buy experience for you to win – coinciding with the BBC Good Food Show Spring which takes place in Harrogate on 8-10 April.

Michel Roux Jr is one of Britain’s most celebrated chefs and brand ambassador for Lexus in the UK, and he currently drives the new Lexus RX 450h. You could get to meet Michel Roux at the BBC Good Food Show in our fantastic competition.

Our prize includes
– One of three pairs of tickets to the BBC Good Food Show Spring on Saturday 9 April 2016
– Box seats for Michel Roux Jr Supertheatre session
– All-day access to VIP lounge, with refreshments and exclusive talks and demos
– Meet and greet with Michel Roux Jr at the show

For your chance to win, simply complete the tie-breaker question and then fill in the form below.

Prize draw:
Participants must permanently reside in either the UK or ROI.
Only one entry per household.
Entrants must be at least 25 years of age.
This promotion is not open to any employees of TGB, their immediate families or contractors or any person directly or indirectly involved in the promotion.
All fields within the form must be completed.
Entries will only be accepted up until 23:59 on Friday 2nd March 2016.
Three winners will be drawn at random by an independent person. The winners will be selected from eligible entries received.
If this prize winner cannot be traced after reasonable efforts have been made by Lexus, that winner will forego the right to claim the prize and Lexus will arrange for a replacement winning entry to be selected.
The prize will consist of:
– One of three pairs of tickets to the BBC Good Food Show Spring at Harrogate International Centre on Saturday 9 April 2016
– Box seats for Michel Roux Jr 11.30 Supertheatre session
– Meet and greet with Michel Roux Jr at 12.05, immediately after Supertheatre session.

There will be no cash alternative to the prize stated.
The prize is non-transferable, non-refundable and non-changeable.
Tickets already purchased for the BBC Good Food Show Spring cannot be refunded if you win this prize.
Lexus reserves the right to provide an alternative prize of similar value should the specified prize become unavailable for any reason.
Lexus reserves the right to cancel or amend the terms of this promotion at any stage and without notice if deemed necessary in their opinion, and/or if circumstances arise outside of their control.
The promotion is governed by English law and the English courts shall have exclusive jurisdiction over any dispute arising in connection with it.
Details of the winner can be obtained by writing to Lexus Prize Draw Winners, EMO, 1 Glass Wharf, Bristol, BS2 0EL, with a stamped addressed envelope after the 23th March 2016. No other correspondence will be entered into.
Entry into the prize draw will be deemed to be in acceptance of these terms and conditions.
The promoter is Toyota (GB) PLC Lexus Division, Great Burgh, Burgh Heath, Epsom, Surrey KT18 5UX.