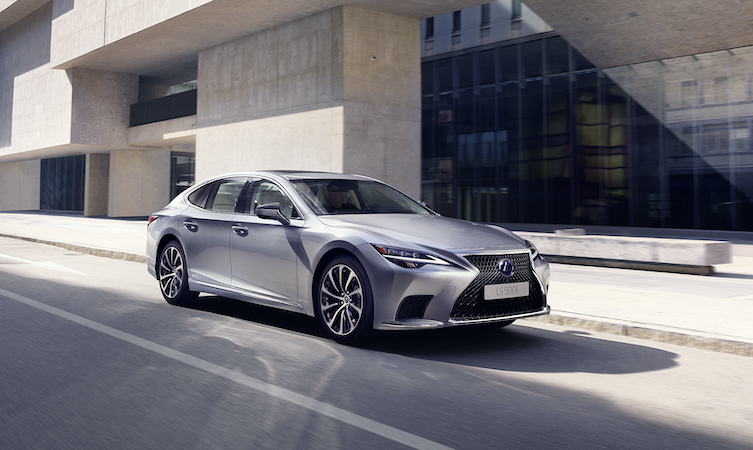 Customers expect the 2021 Lexus LS Hybrid to deliver supremely smooth performance whenever they get behind the wheel. Not just on long motorway journeys, but in everyday driving, too. To achieve this, Lexus has made improvements to the LS 500h’s Multi Stage Hybrid System, raising the bar yet again.

The aim was to deliver acceleration with a better sense of the car’s torque when the LS is being driven with modest throttle pressure, providing smoother and quieter acceleration without frequent gear shifts or sudden changes in engine revs. The solution was to increase the level of electric motor assistance by expanding the performance of the hybrid system’s high-voltage lithium-ion battery. 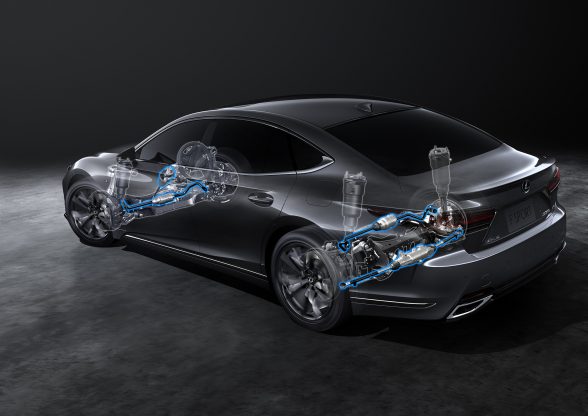 Lexus researched the many different acceleration scenarios experienced by millions of drivers around the world. Analysis of the big data created found that for about 90 per cent of their time at the wheel, drivers only use around 50 per cent of full throttle, usually generating no more than 0.3G. This led the LS team to prioritise more effective use of drive torque to gain the quality of lower-speed performance it sought – what it calls “leeway acceleration.”

The driver will notice this as a quick response even when the accelerator pedal isn’t pressed hard, for example when pulling away from stationary, reaccelerating in traffic and driving on winding roads. Power delivery is prompt and the car’s increase in speed more faithfully matches the rise in engine rpm.

The high-voltage battery’s usable range has been expanded, which reduces the difference in drive force before and after shifting to give a smooth acceleration feel. This adds an extra 170Nm of torque when driving at around 12.5mph (20km/h) with about 40 per cent throttle. The increased contribution from the electric motor also means the 3.5-litre V6 hybrid petrol engine can operate at lower revs – reduced by about 500rpm when accelerating from 0-62mph with just 40 per cent pressure on the accelerator.

As a result, and with additional changes to upshift timing, there are no sudden changes in rpm under acceleration and performance is quieter and smoother while also better communicating the car’s “torqueful” quality. Urban performance, in particular, is more comfortable and the quieter running is noticeable, for example when the engine restarts after EV mode driving. 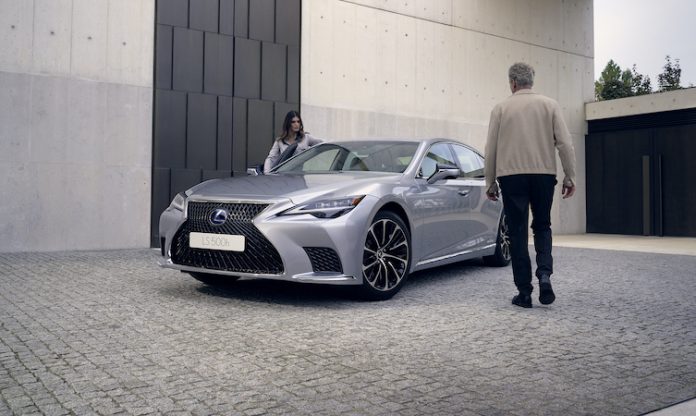 These changes have been accomplished while maintaining the Multi-Stage Hybrid System’s performance benchmarks: total system output remains at 354bhp/264 kW, with acceleration from 0-62mph in 5.4 seconds for the rear-wheel-drive LS 500h and 5.5 seconds for the all-wheel-drive model. There is also no impact on the high-voltage battery’s durability.

The driver’s perception of the engine performance has been fine-tuned with the adjustment of the Active Noise Control to deliver a quieter engine sound.