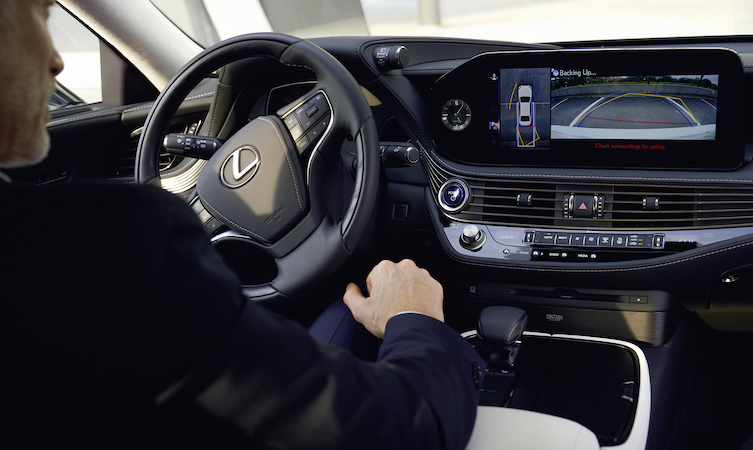 The dramatic evolution of driver assistance technologies is making Lexus cars ever safer to drive, increasing the driver’s awareness of hazards and intervening when needed to help prevent a collision. The new 2021 Lexus LS saloon uses the latest, world-leading systems, supporting Chief Engineer Toshio Asahi’s desire to create a car that gives people “freedom to move around confidently.”

To improve the driver’s night-time vision, the new LS has adopted the BladeScanTM Adaptive High-Beam System (AHS) which Lexus first introduced on the RX SUV. This technology significantly increases the breadth and distance of forward illumination, so pedestrians, road signs and potential hazards can be seen earlier and easier than with conventional LED lighting. The BladeScanTM system directs light from the headlights’ LEDs onto a fast-rotating mirror and then through a lens, giving much finer illumination control. 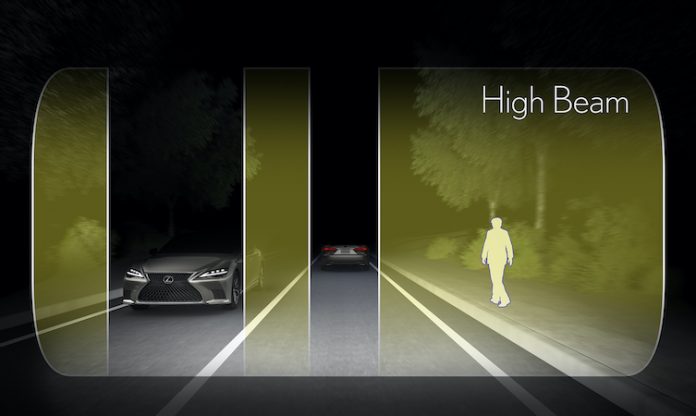 The driver’s view and awareness of their surroundings are further improved with a new digital rear-view mirror, which gives an unobstructed view of the road and following traffic using real-time images from the car’s rear-mounted camera. There is no intrusion in the driver’s sightline from headrests or other passengers, and the image is optimised for clarity in poor weather and night-time driving. Touch-activated controls make it easy to adjust brightness, image scaling and to scale the view up or down, left or right.

The 360-degree Panoramic View Monitor is an excellent safeguard against collisions when driving at low speeds, as when passing another car on a narrow road, parking close to a kerb or making a turn. The driver can check the car’s position and clearance from any obstacle or other vehicle, checking an image of the car as viewed from above. 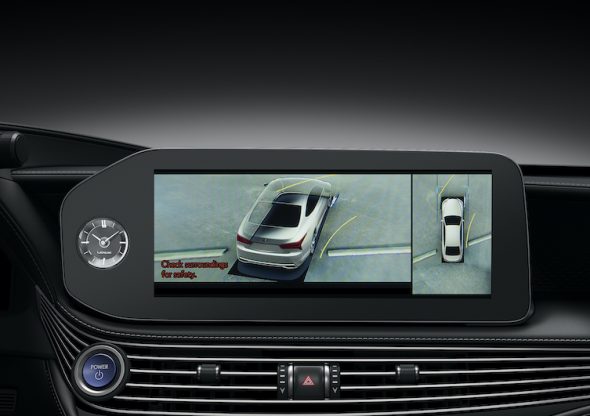 There is further intelligent protection with the LS’s Parking Support Brake. This can detect obstacles around the car and any vehicles and pedestrians approaching at the rear. If there’s a risk of impact, it will trigger control of the drive force and brakes.

The new Advanced Park system is designed for simple and smooth automated parking, but with a natural feel that makes the driver feel more at home using it. Lexus researched thousands of parking patterns and analysed the approximate distances, angles and speeds of entry to parking spaces. The results were incorporated into the system, together with updates based on real driver feedback gathered from numerous test drives. The result is prompt and secure parking at the press of a switch. The way the car manoeuvres itself may not seem the most efficient: this is because Lexus wants it to feel more like parking by a skilled driver, rather than parking by a machine. 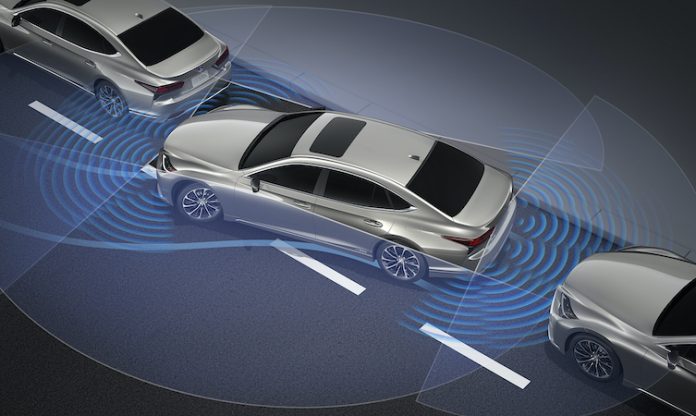 The system controls the steering, throttle, brakes and transmission shifts and works faster than rival systems. When the driver pulls up by a prospective parking spot, the Panoramic View Monitor makes a 360-degree scan of the surroundings. The system then calculates the right manoeuvre, keeping the car’s speed down if the space is tight. The driver can follow the progress via live images and graphics on the central display. The Advanced Park works with marked and unmarked parking spaces and it can store details of regularly used locations in its memory – a Lexus first and a first in the luxury car segment.